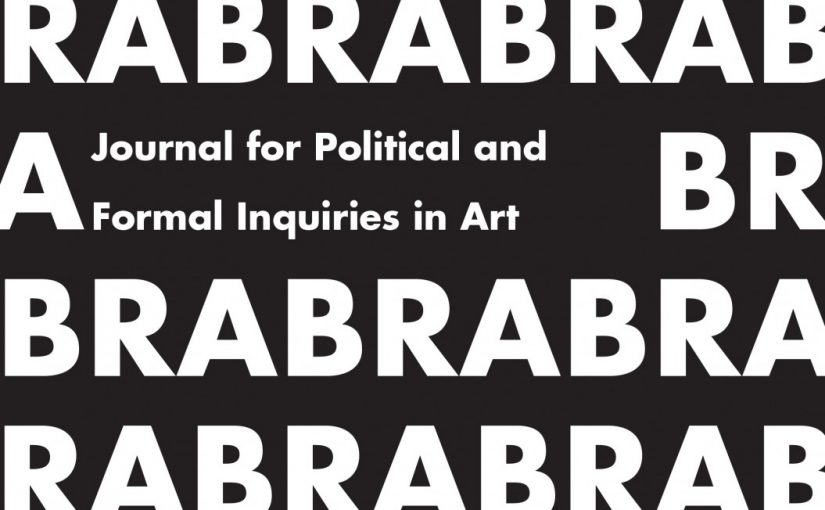 War is Now is a project of Rab-Rab Press aiming to generate international, non-institutional, independent platform to inquire about the consequences of war to our understanding of political urgency and contemporaneity. The six working theses of the project are:
1. The war is a pure form of capitalism;
2. The war is not a competition between nations-states-capitals: during the war, all three are collaborating on a higher level;
3. The people are forced to war: any coercion against war and capital is severely punished;
4. The war is not a pristine experience: it is oppressive, mutilating, confusing, and depressive.
5. The war is not progressive: it is not advancing anything else but the apparatuses of capitalism.
6. The war is reducing people to raw materials.

Following these theses, we argue that the only way to confront the existing destructive conjuncture of war is to work on a rigorous definition of what constitutes the contemporary. What we mean by the contemporary are the forms of inquiries and activities distancing from the logic of war, i.e. from the capital and the state apparatuses. This requires complete requestioning the status of existing representational modes. By using strong artistic forms, we will work on proposals against war hegemony. The first part of the project is to actualize the artistic positions that have developed the radical opposition to war hegemony.
– The translation and discussing Karel Teige’s Bazaar of Art (1936), against the warmongering bourgeois definition of art. (In collaboration with Contradictions, a journal based in Prague).
– The translation of Russian Formalists and Futurists writings from the twenties on Lenin’s language as a speech against the war.
– Experimental writings of Larissa Reisner (thinking on the front). 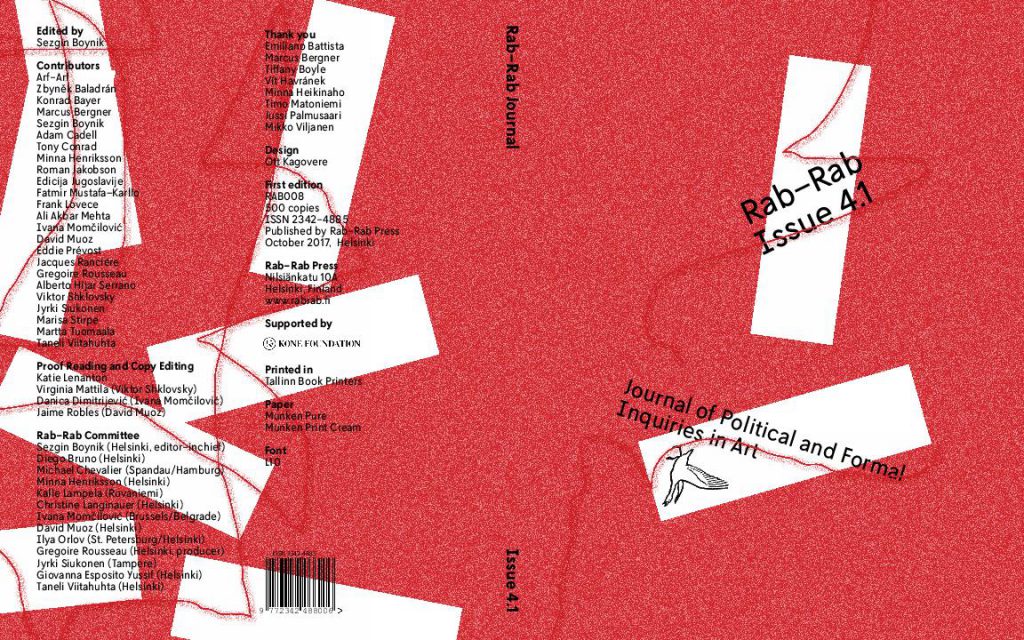 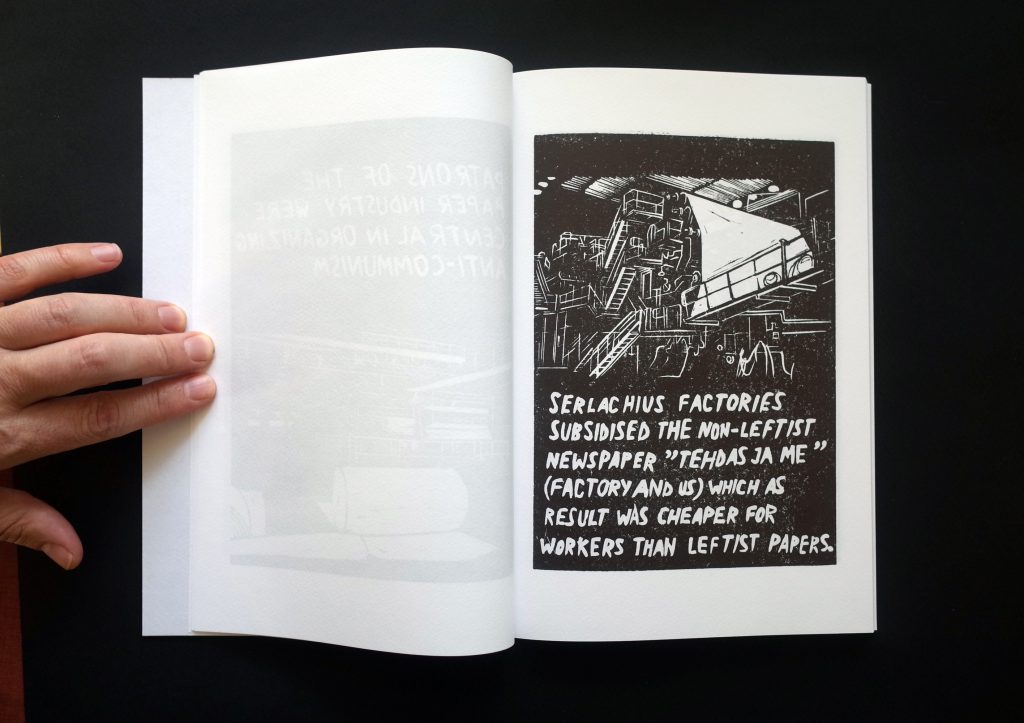 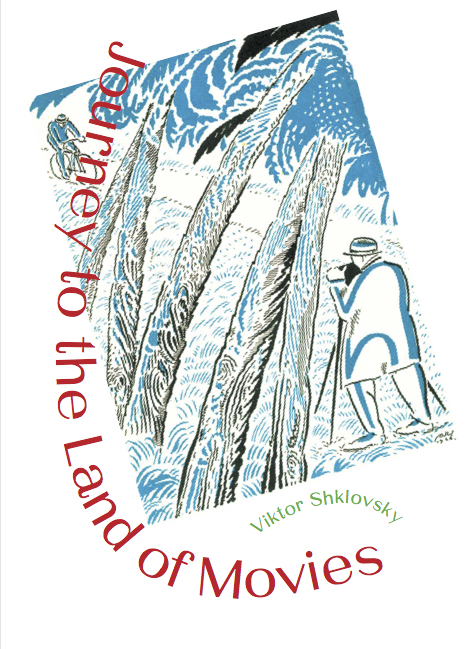 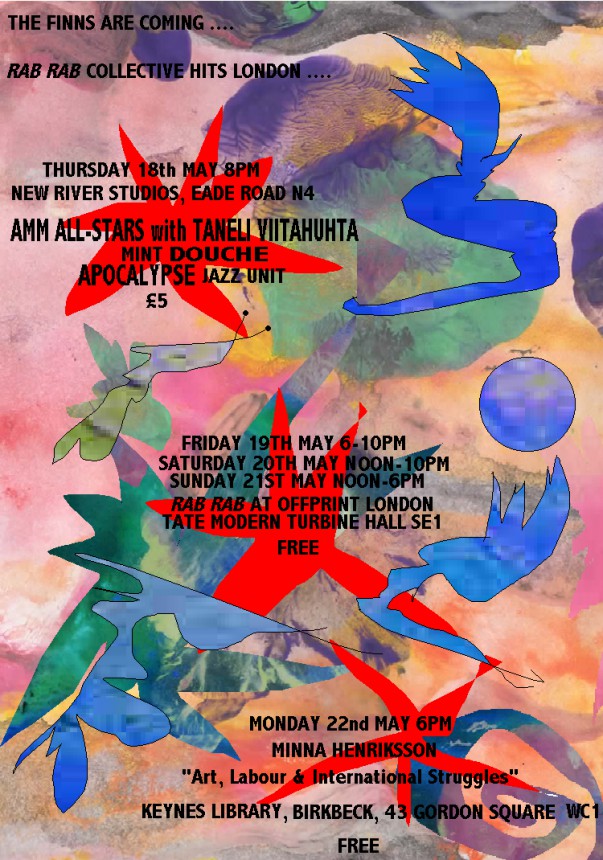 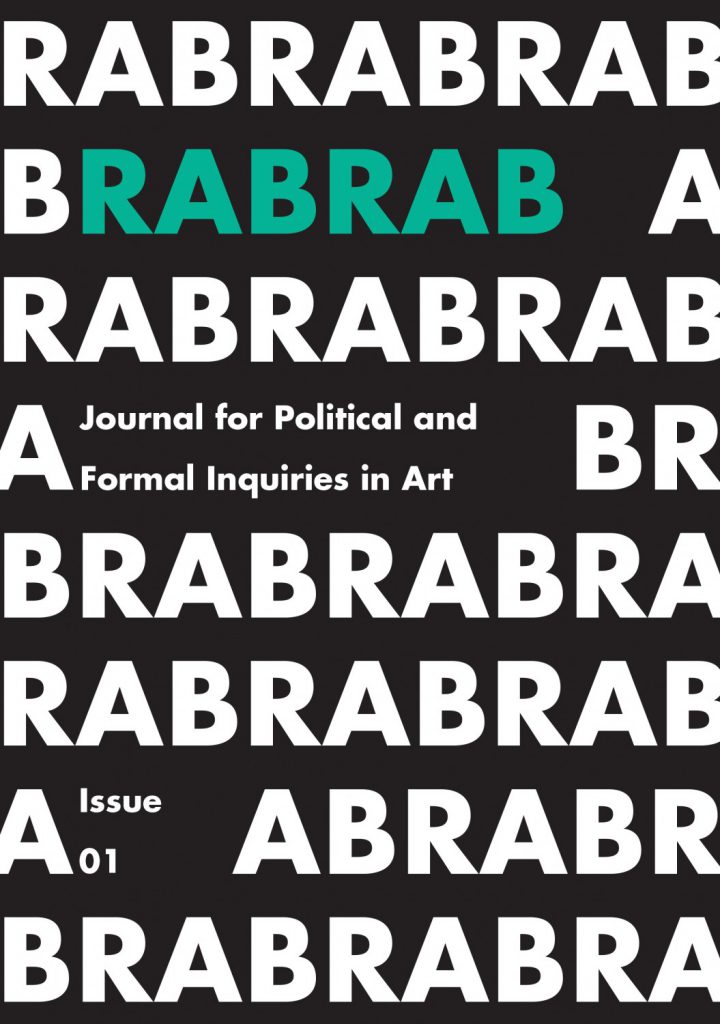 Rab-Rab Press is an independent discursive platform based in Helsinki. It publishes annual “Rab-Rab: journal for political and formal inquiries in art”, and special publications advancing non-institutional thought. We are against using art as a pretext for a fictive triumph where “in the end, everything always works out” (Brecht). We are for antagonistic confrontations. So far we have published six numbers of a journal and three books, organized talks, interventions, demonstrations and parties.