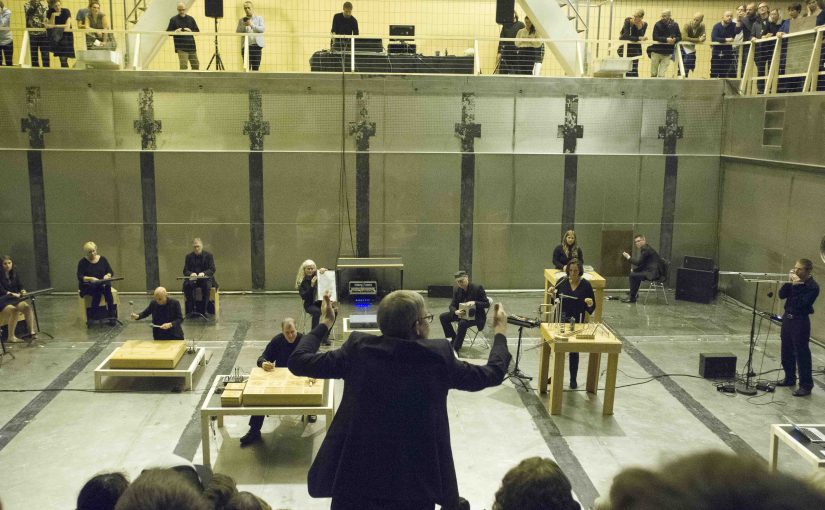 WITHIN is a collaborative project investigating how deafness can influence the way we understand sound performance and concert situations. From a Deaf person’s perspective, WITHIN also questions the act of listening and the way we build instruments, conduct composition, and improvisation, write scores and relate to an audience.

Initiated in 2012 and enriched by the contribution of the curatorial duo Council (Sandra Terdjman & Gregory Castera), WITHIN further evolved at the Sharjah Biennale (2013), the Berkeley Art Museum, the Experimental Music and Performing Art Center – New-York (2015), ZKM – Karlsruhe (2016), the Bergen Assembly – Norway (2016) and the Galerie Chantal Crousel and IRCAM / Centre Pompidou – Paris (2017).

Throughout this journey, Tarek Atoui conceived of an ensemble of 10 musical instruments which address Deaf and hearing people alike. Together with invited artists and composers, he activated these instruments in contexts that sought to create a common ground for collaborations between Deaf and hearing people, and to allow for real musical and performative experimentation.

Throughout the years, WITHIN unfolded in an empirical way. The coming stages of the project will be held at the Kunsten Festival des Arts in Brussels in May 2017 in collaboration with the Wiels Art Center, and at the Garage Museum in Moscow in June 2018. In these stages, while prolonging the collaboration with new audiences, schools, musicians and composers, Atoui plans to work on the conclusion of WITHIN. One of its aspects is a book that consists of instructions for replicating Atoui’s instruments, as well as a series of listening and playing exercises and studies, with scores and instructions by Atoui and other composers that allow for further experimentation. 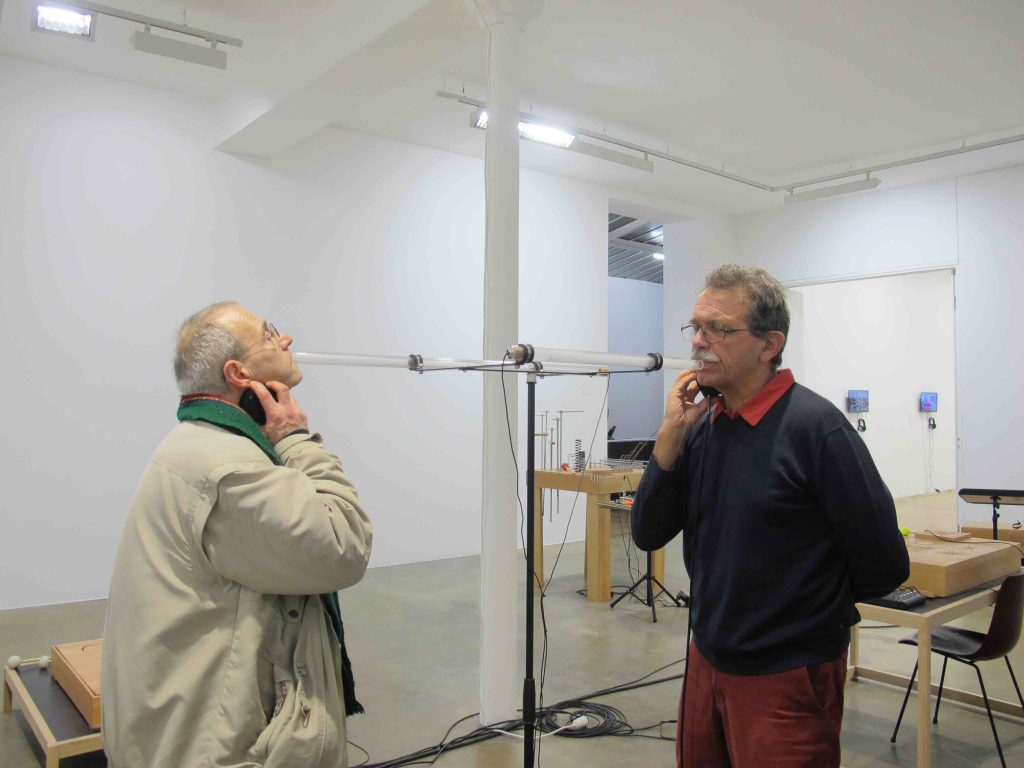 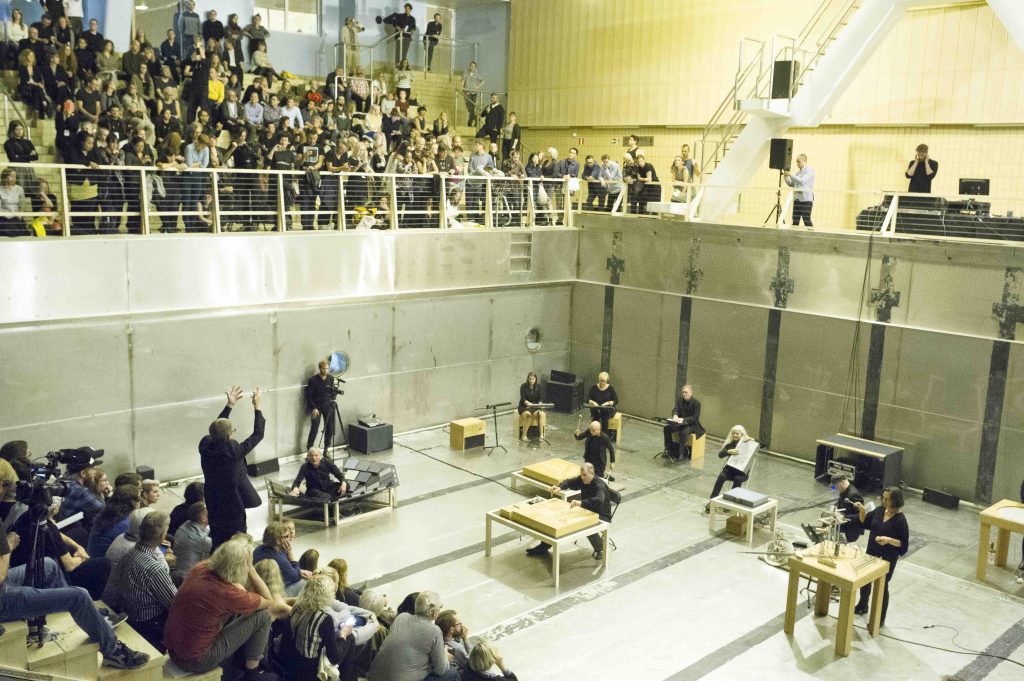 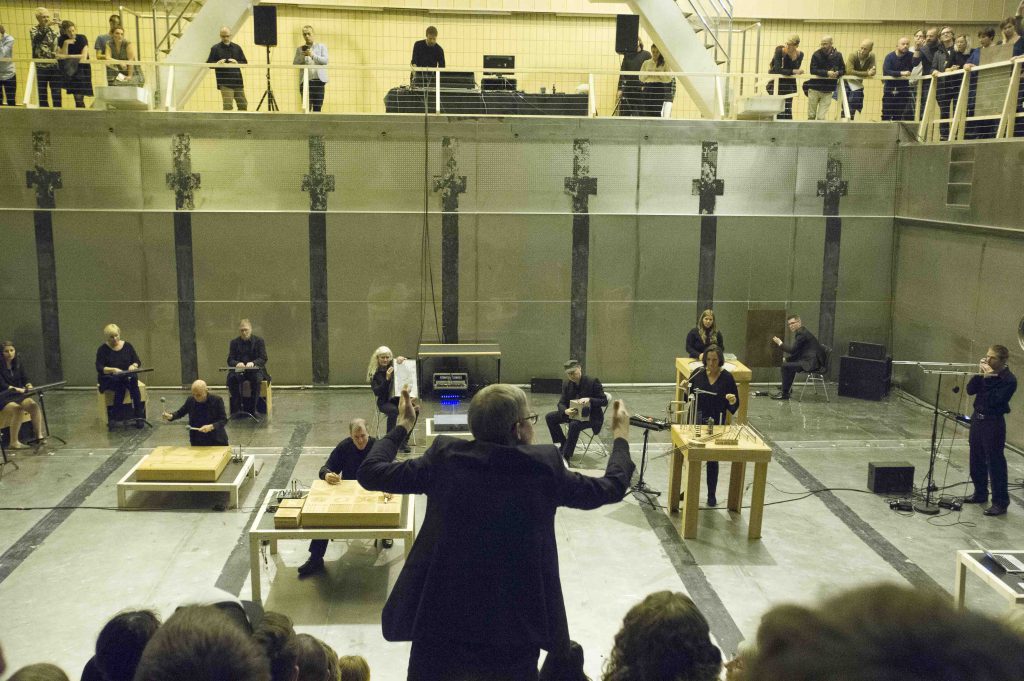 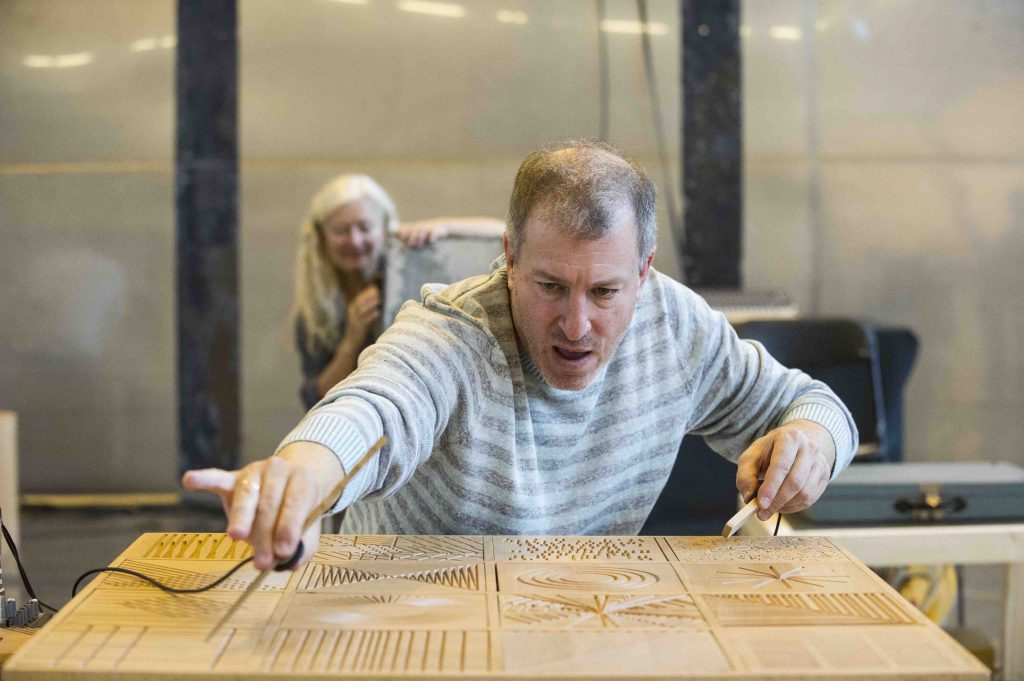 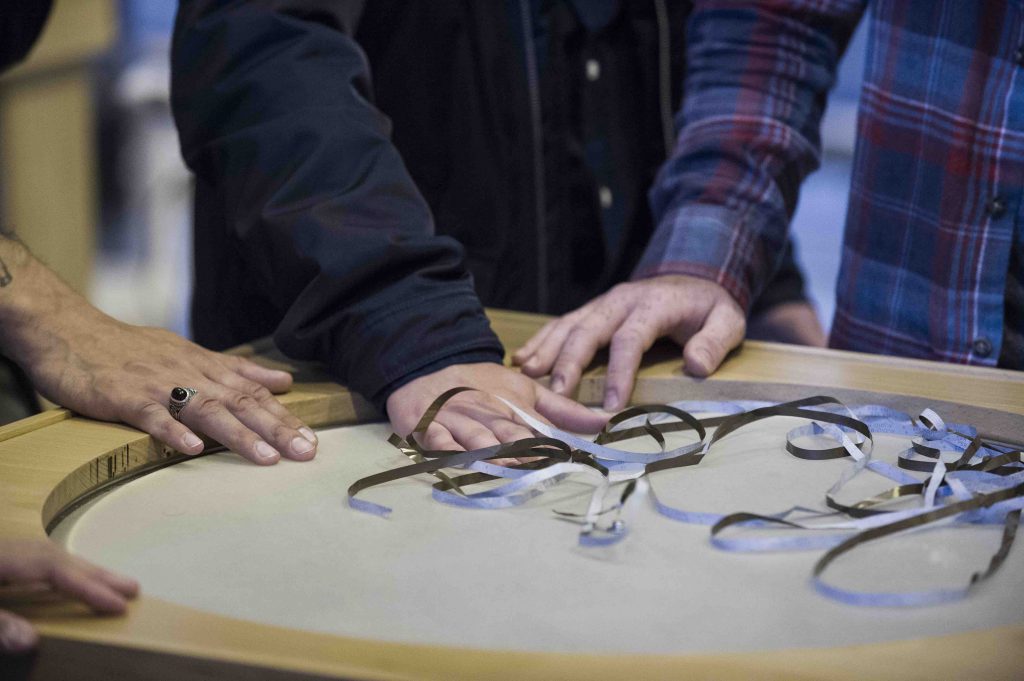