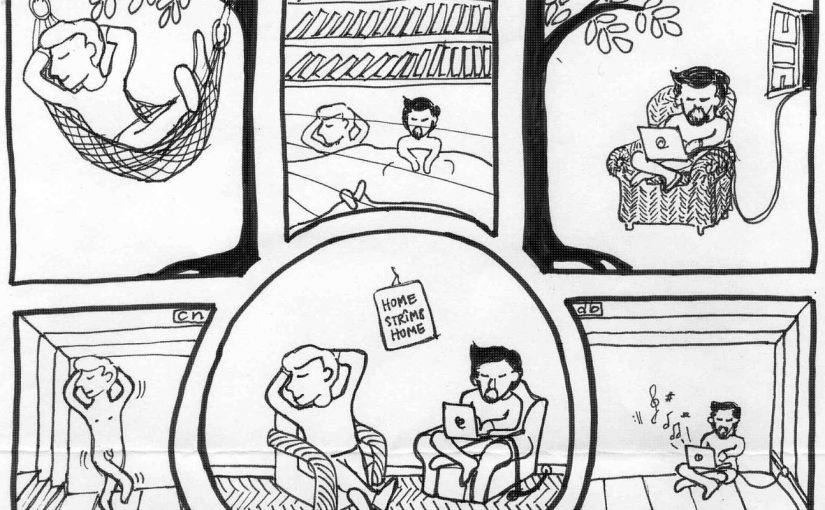 Zilele Strimbe is a project about the rise and fall and rise of the National Dance Center Bucharest (CNDB), from 2005 – 2011, for the 2013 Visible Award proposal it will take two forms: a comic book and a musical. Both the comic book and the musical will be based on interviews that Alexandra Pirici and Madalina Dan conducted with five of the key artists in CNDB’s history: Mihai Mihalcea, Manuel Pelmus, Vava Stefanescu, Florin Fierou and Cosmin Manolescu. 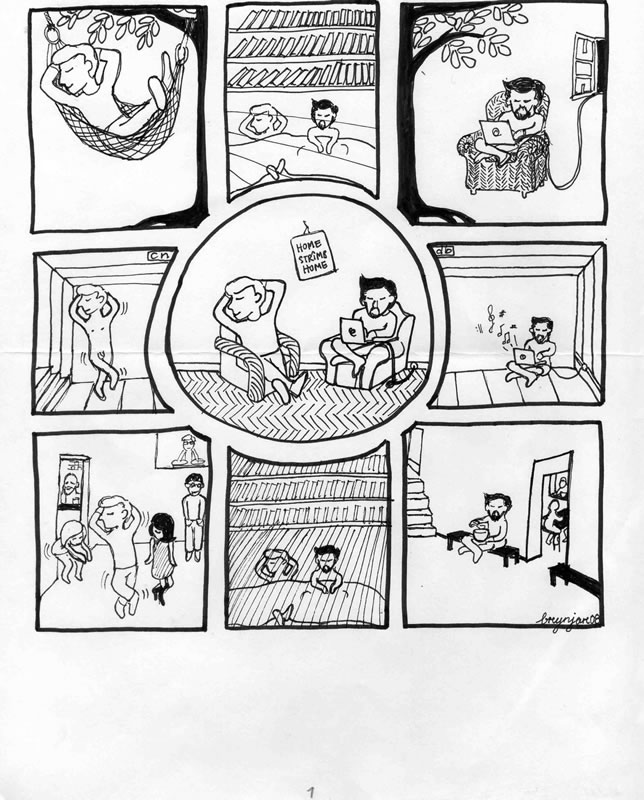 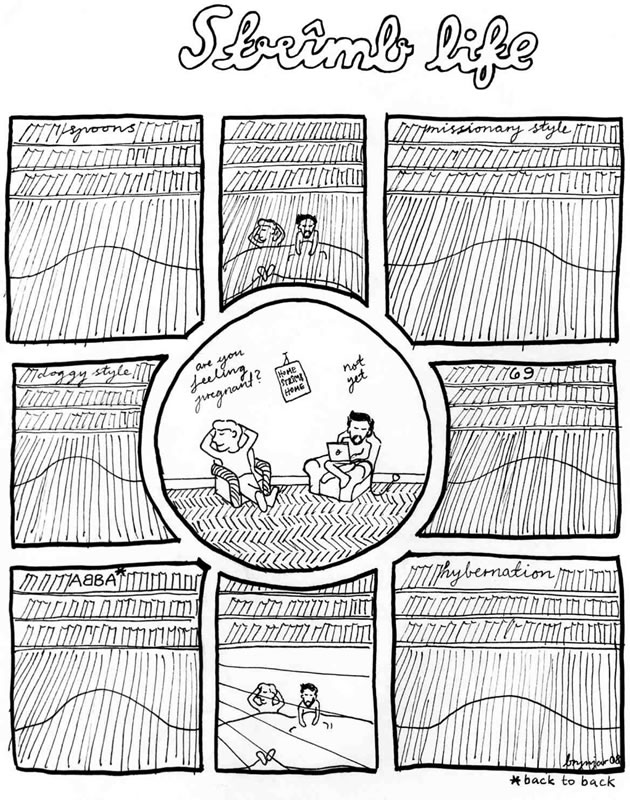 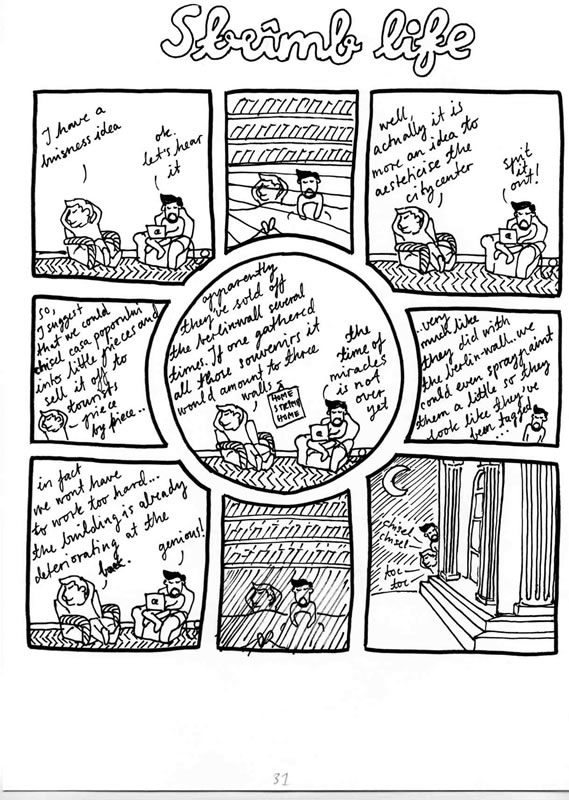 “Strimb” in Romanian means “crooked”. It means something that is not straight, but it does not mean queer. It has a precise yet open meaning in Romanian. Therefore Zilele Strimbe wants to address, in a performative way, forms and issues that are in a fragile or tense state in current Romanian society, and not only. From racial issues to gender questions; from new bio-ethical, religious demands to the politics of representation; questions of Roma and racial issues. However Zilele Strimbe does not aim to simply copy or double existing activist activity, it rather wants to push limits, mix forms and bring forward discourses and art projects that address certain existing tensions. “It is for the moment our most important project. One that we find urgent. One that is missing. One that brings together speech, representation, text and discourse.” Placing Zilele Strimbe in the frame of the National Dance Center Bucharest (CNDB) has a particular meaning. Contrary to what one might expect about a national institution, CNDB was the result of a long struggle by the independent art scene to obtain a space and the means to run it. It was not the creation of the Ministry of Cultural Politics and the space was obtained by force via protests and demands directed against the Ministry of Culture. It was the first, and the only national art space in Romania to be run by artists. When Zilele Strimbe were conceived, CNDB was an unique and progressive space in the very centre of Bucharest that was open to social groups and artistic practices that could not find space or support in the cultural and social landscape of Bucharest. The activities at CNDB included political debates, workshops, presentations and critical artistic projects.

Zilele Strimbe was awarded the best queer event of 2008 by Accept, an organization for gay, lesbian and transgender rights in Romania. 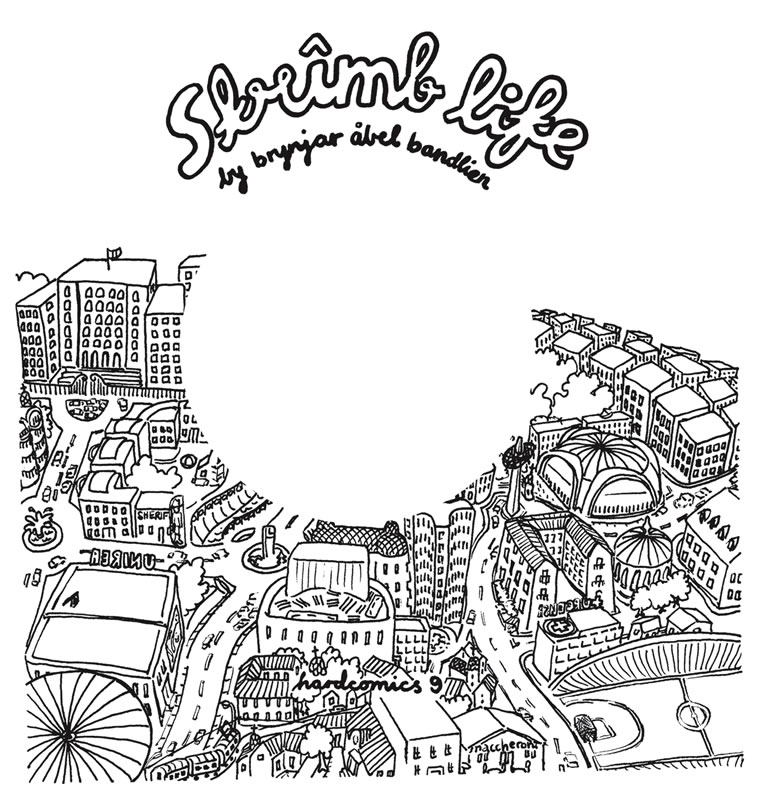 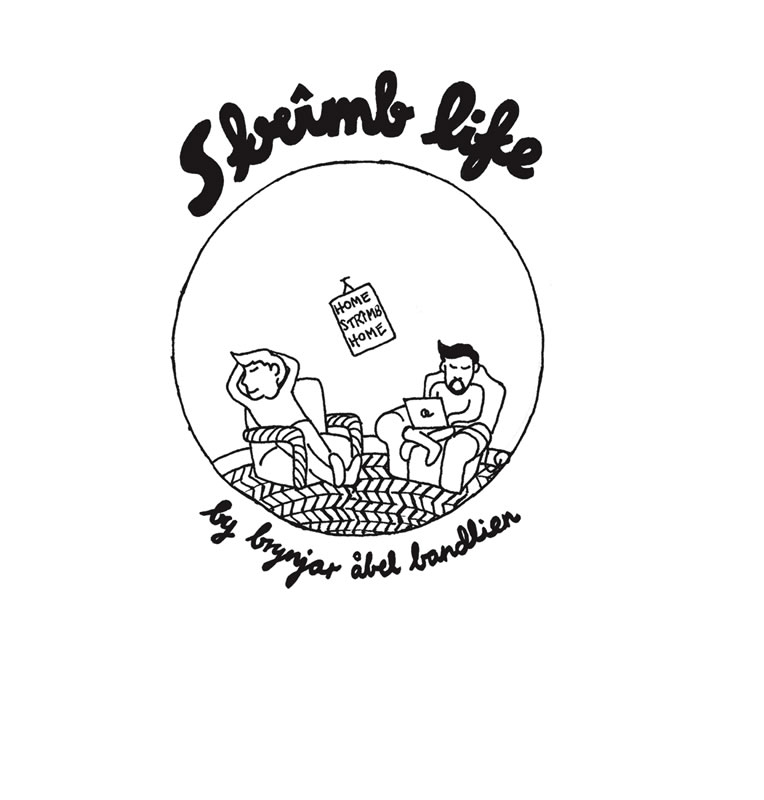 “A thinking and action frame, not a particular venue/specific space. A performance/performative and discursive frame for artistic and political practice. An initiative through which we will address absent or marginal issues/topics in Romanian public space (gender and racial)”. Căminul Cultural tries to pinpoint the way rampant lifestyles and the Romanian youth culture is the creation of a new upper-class, closed and rigid glam ghetto. It is a frame for contemporary discourse and action that is missing in a culture dominated by rather traditional and conservative public institutions and art policies.