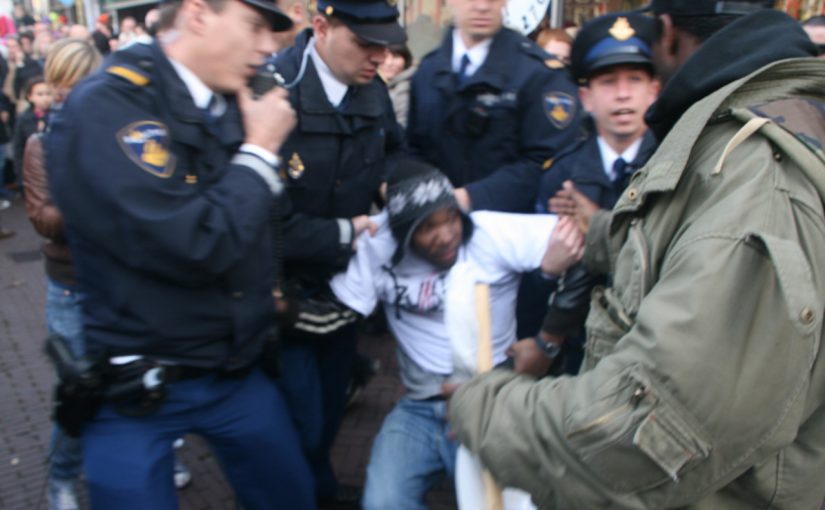 Zwarte Piet Is Racisme is an umbrella project that spawned various actions and follows ups in various places. The project initially started as a dialogue performance project to further the public knowledge around the blackface figure in the Netherlands. Through face to face interactions in public and conversations on the then in the Netherlands burgeoning platform, Facebook conversations were triggered. By stating that the figure is unequivocally racist and part of a larger constellation of the negation of the everyday legacy of colonialism in Dutch and Dutch Caribbean society, the figure turned the tables on a shameless society. Now those who didn’t now know their history had to disprove the statement and through that process was confronted with the facts about Dutch colonialism and the Dutch cultural archive.
The project was initiated in the same year that the Dutch courts ruled that the far right and racist politician Geert Wilders was found not guilty of hate speech. Thus cementing the institutional support for his rise to cultural prominence and influence. The verdict also ensured that the right to free speech was once again enshrined in the public psyche and thus Zwarte Piet Is Racisme toyed with that. Racism was up until this point a taboo word in Dutch public discourse. After being arrested at the national parade, in which the blackface figure is multiplied into the hundreds and plays a pivotal and central role, the project shifted. It went from these sometimes hostile, but mostly calm conversations under the radar, into a wholesale cultural shock and shift through media interventions and litigation. This shift was necessary to anchor the image of those opposing the figure as being familiar with the context and still rejecting it as acceptable behavior.

*Start location: Café De Bastaard in Utrecht. Followed by various locations in Amsterdam and then the rest of the Netherlands. Also online, mass print media and on television. 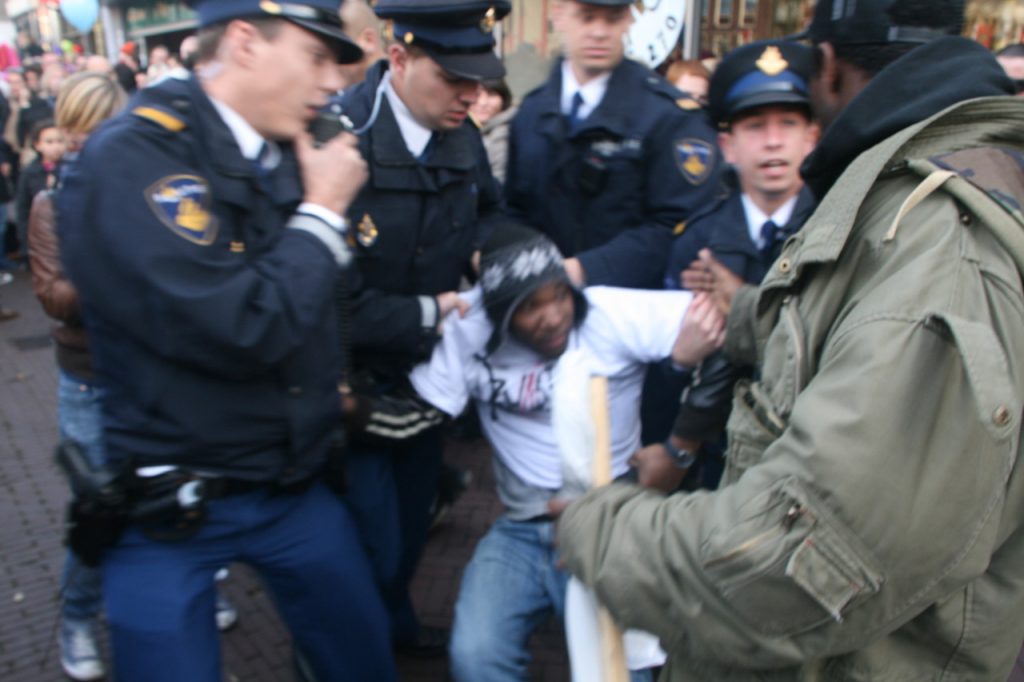 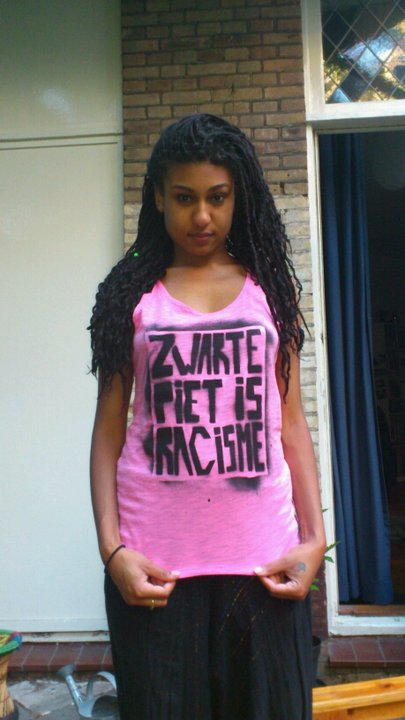 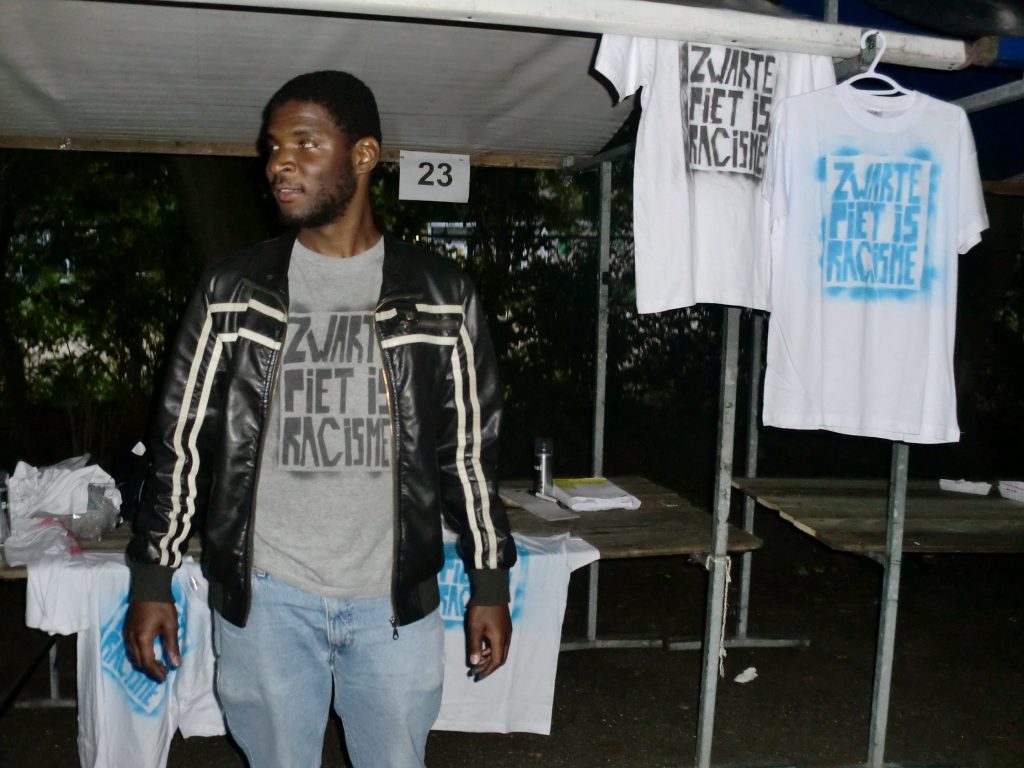 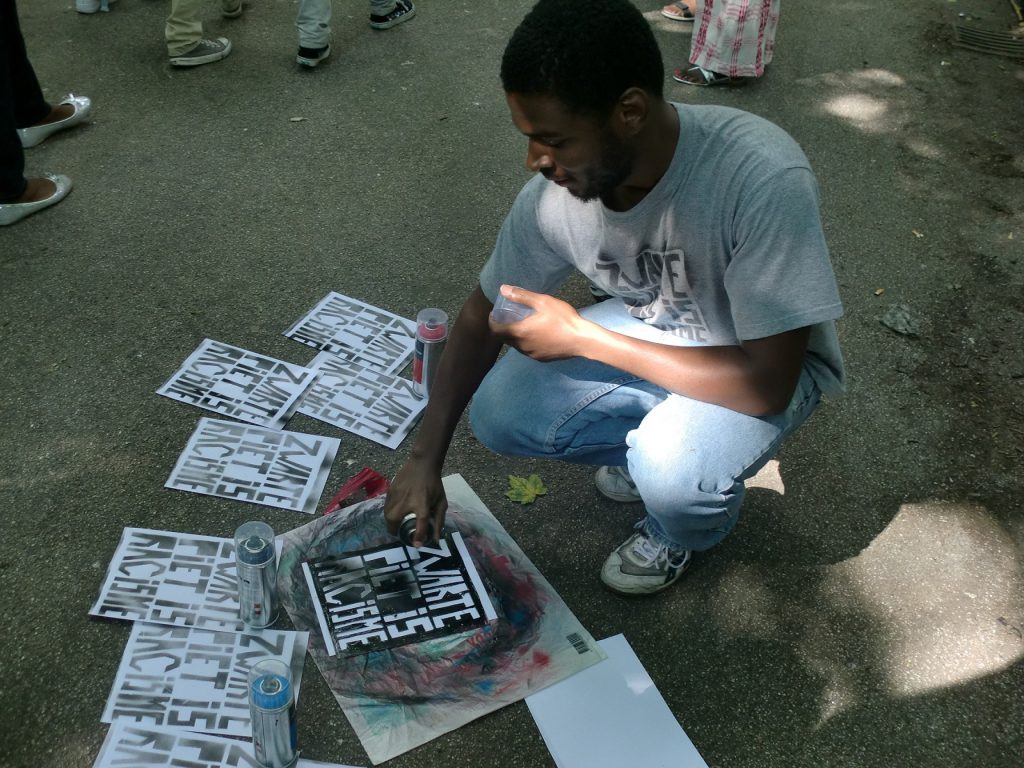 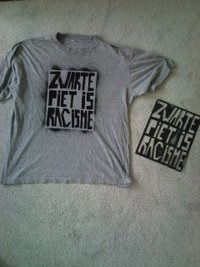 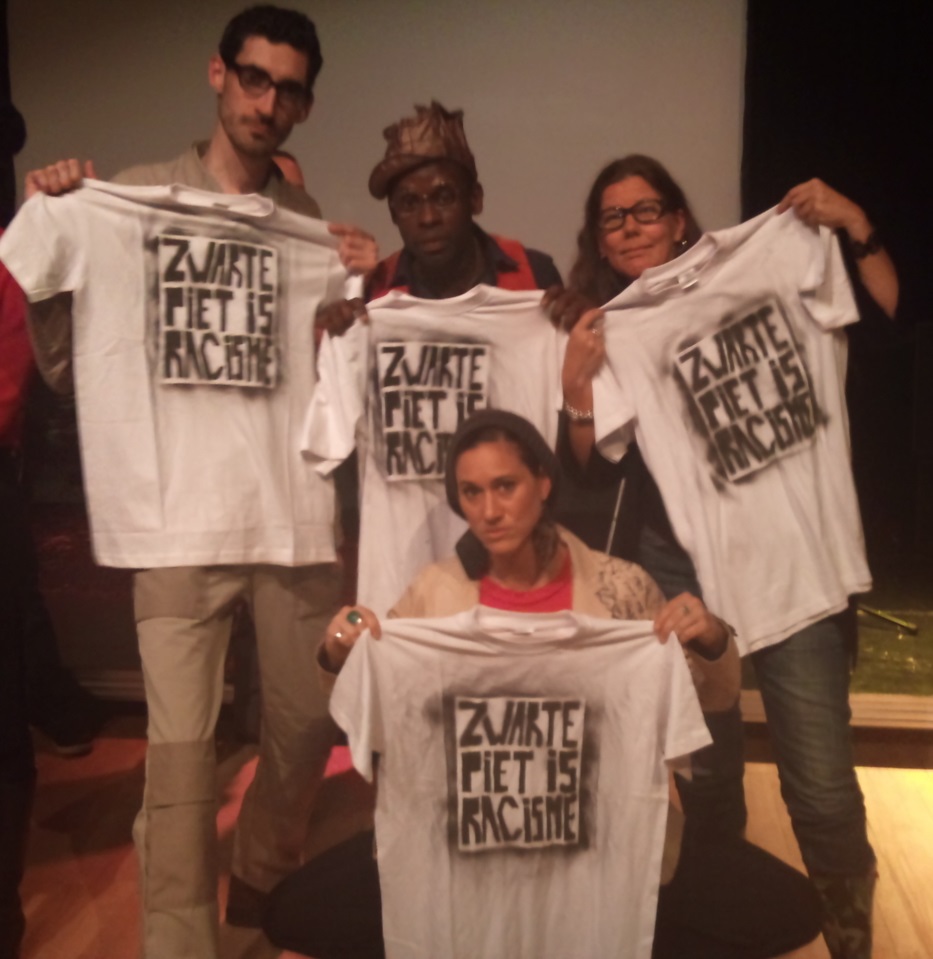 Gario is from Curaçao, St. Maarten & the Netherlands and a graduate of the Master Artistic Research from the Royal Academy of Art The Hague with a background in media studies and gender and postcolonial studies. His work focuses on decolonial remembering and disrupting (everyday) racism.
He won the Royal Academy Master Thesis Prize 2017, the Black Excellence Award 2016, the
Amsterdam Fringe Festival Silver Award 2015. He is a a 2017/2018 BAK fellow and Humanity In Action Senior
Fellow.