An inquiry into the Keywords Laboratory through the lens of Social Botany – Land and Turf.

A conversation on Social Botany - Land and Turf

Xiaoyu Weng: What is the impact you hope to generate through this project? What kind of change will it bring to the Tanka people and why is it urgent?

Xu Tan: I always contemplate on how can our practice be socially and aesthetically impactful at the same time? Of course, I look forward to the positive changes in the Tanka community (such as reclaiming their land ownership, improve their living conditions, among other things) through my practice but at the same time, I have to be realistic and understand that the level of effectiveness is not immediately substantial, especially in the context of China’s political and social environment. My goal also lies in creativity on an artistic level. I hope more people can get to know the situation of the Tanka people and record these moments as ruptures in the writing of history.

For hundreds of years, the Tanka community has lived on water and formed various fishing villages in Southern China. Since they depended on fishing, they did not need to possess the land. However, a change occurred in the 1950s when the government implemented the socialist public ownership policy and urged them to “come on shore.” On the border town Lijiao (沥滘) between Guangzhou and Panyu, the Tanka people assimilated themselves with the local agriculture community to form the “new Lijiao People’s Commune”. They did not really have land ownership because the commune collectively owned the land. Towards the end of the 1970s, the opening up policy began, resulting in the reassignment and privatization of land use, but the allocation was based upon historical records and archives of land ownership. Since the Tanka people historically did not own land, there was no such proof for them and the land they had been farming on during the commune period was then “legitimately” taken. They had to go back to live on the water. But the “water” now is no longer the “water” of then. The historical problem has been aggravated and complicated with the accelerated urbanization and the increasing pollution of the water environment; in order to survive, the Tanka people have to constantly adapt their ways of living. They collect materials such as foam board, bamboo sticks and wooden planks to build small island-like structures as bases for farming. These pieces of “floating land” grow vegetables, sugar cane and even trees. I was surprised to learn that there is a tree that has been growing on one of these islands for nearly 20 years, bobbing along the waves of the Pearl River. 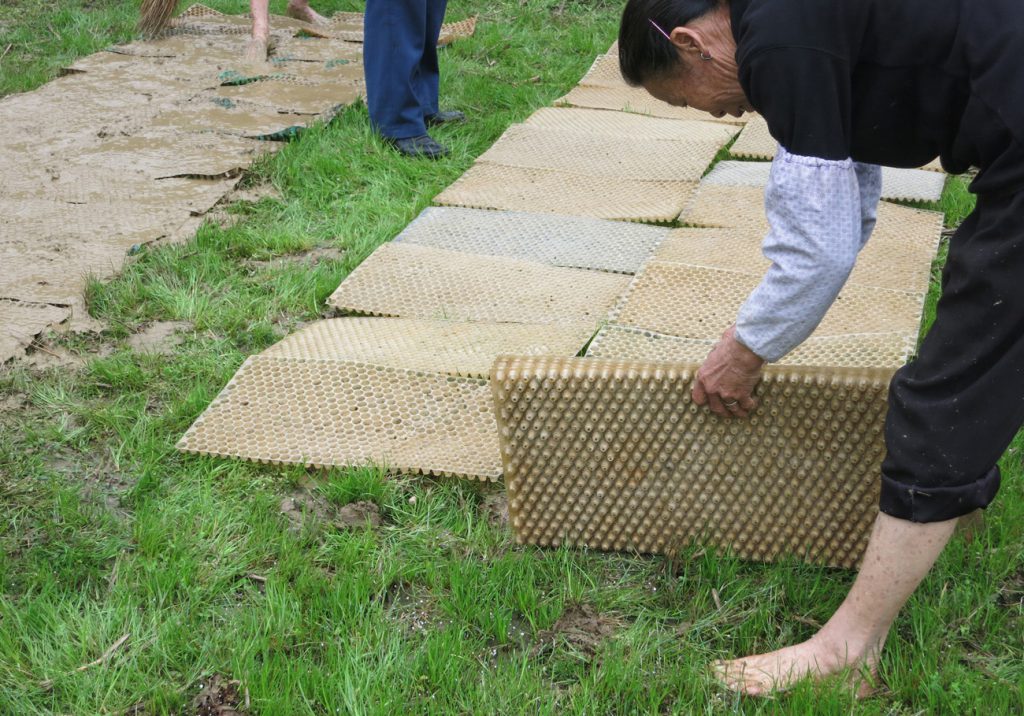 This project starts with the Tanka community but extends to examine the land ownership and use rights in our current global context, its historical genealogy, and the capitalist condition. Another important attempt of my work is to explore and reconstruct certain conditions and experiences prior to modernity and modernism. On the one hand, the disappearing of traditional modes of living, including its habitat and culture (such as music, boat building technics, etc.) is certainly a result of the modernization China is undertaking. On the other hand, how can my practice re-conciliate epistemology and aesthetic experience? The two are not always clinically separated. Many historical practices in China, for example, have aesthetic tendencies and values. The separation further accelerated when capitalism defined and confined the social division of labor. I want to investigate, how we can integrate the aesthetic experience to the process of understanding the world and how to incorporate the knowledge from the corporal experience of the world when making aesthetic expressions? 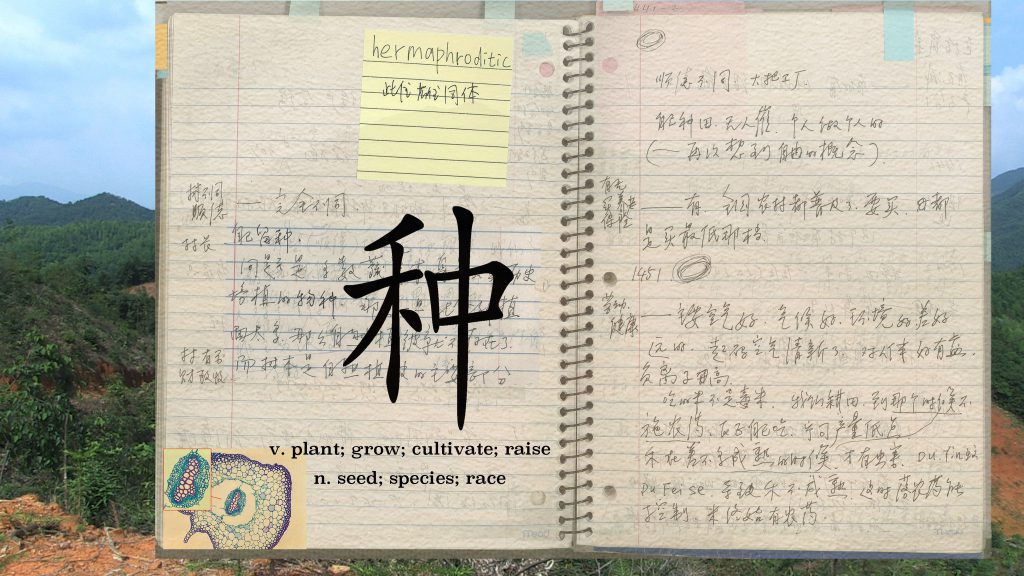 XW: Is “Keywords Laboratory” your method of research, in other words, a methodology you invented? What has inspired or influenced you to come up with such a methodology? Does it concern disciplines such as anthropology, sociology, or linguistics?

XT: “Keywords Laboratory” is the third phase of the long-term “Keywords” project. Prior phases were titled “Search for Keywords” and “Keywords School.” There is certain continuity in these three phrases in terms of methodology. For example, they are all based on face-to-face conversations that take place in different social conditions. These conversations are recorded by video or audio and subsequently analysed with a linguistic focus. I consider the analysis process part of artistic practice.

The unique aspect of “Keywords Laboratory” is the introduction of concrete social issues into the process. After identifying a topic, I conduct field research in real social contexts. For example, “Social Botany” is one of such social issues. I have brought this topic to different rural and urban sites. Through the dialogue program I have designed, I prompt questions and guide the conversations to implant aesthetic activities into social sites.

The process is a kind of “public laboratory” that encourages and appeals to the civilians for their participation in the research on specific issues. In doing so, I hope problems such as “land and survival” can attain a level of public recognition. The “laboratory” often adopts the model of a workshop. After each workshop, I emphasize achieving certain conclusive results. It can be small like the creation of a concept such as “animality freedom.” Most importantly, the long-term goal is to look for answers as to how can “societal matters” become part of everyone’s self-awareness in order to do so, in my opinion, we have to first re-investigate the construction of the concept of “otherness.” How can “otherness” transform from an idea of other people to the elementary component that forms our own consciousness? In fact, “other people,” “other things” are always fundamentally part of our collective cognitive activities. As aIn the field of contemporary cognition discourse, it is worthy of in-depth research, as to how to stimulate the shift from the consciousness of “I” to the consciousness of “other” is, in fact, part of “I.” If we were able to fully integrate social events into the “I,” what kinds of aesthetic experience would emerge?

Artists of my generation growing up in China (in the 70s and 80s) rarely received theoretical training. Therefore, I don’t constrain myself into the categorization of certain disciplines. I try to emphasise my personal and physical experiences in my practice. , How how to produce knowledge and what kind of knowledge can I produce as a visual art practitioner who works in sensible sensitive and material contexts? I do have influences from the philosophical study of phenomenology in the European context such as those from the work of Edmund Husserl, Gilles Deleuze, Bernard Williams, and John Henry McDowell. I am also inspired by Buddhist studies, in particular, the cognitive concept of “awakening,” which supports my research of cognitive activities.

XW: How do you think your workshop differentiates other non-art oriented discussions in terms of aesthetic experimentation?

XT: I think art is based on aesthetic experiences and comes from a human’s aesthetic consciousness. In the workshop, we connect everyone’s aesthetic antennas antennae through language and display. The entire space is filled with flows of aesthetic consciousness and how to activate such experience is part of my job. I often communicate with the participants afterward and they would tell me that the activities made him/her “full of feelings.” Therefore, it is important for an organizer to be fully aware that aesthetic consciousness is ubiquitous and the key is how to fuel and guide it. This is also why I continue to explore how to bridge the field research results with exhibition display that is intended for a public audience.