Art As a place 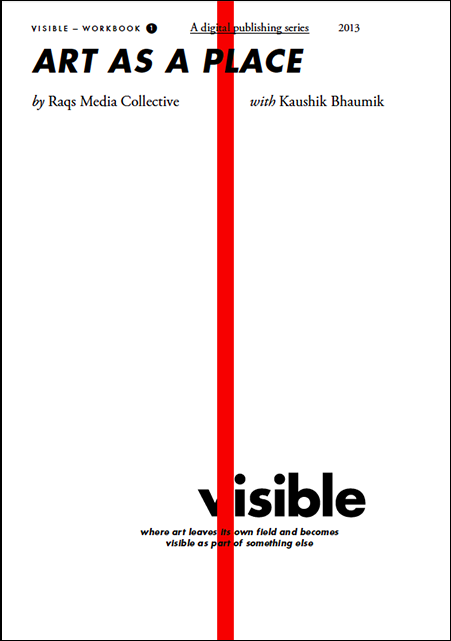 The Raqs Media Collective is here in dialogue with Kaushik Bhaumik, a historian that shares with them some thoughts about imagining art as a place. Thanks to the exhibition Sarai Reader 09, curated by the collective, this conversation became public and involved almost 110 artists, and non-artists, that submitted a proposal through an open call. A proposal to think about what constitutes the artistic practice, to think of art as a place that becomes a different place every time. The title of the show makes reference to the Sarai Reader book series, which has been, over the years, widely recognized as a site of critical and creative thinking. 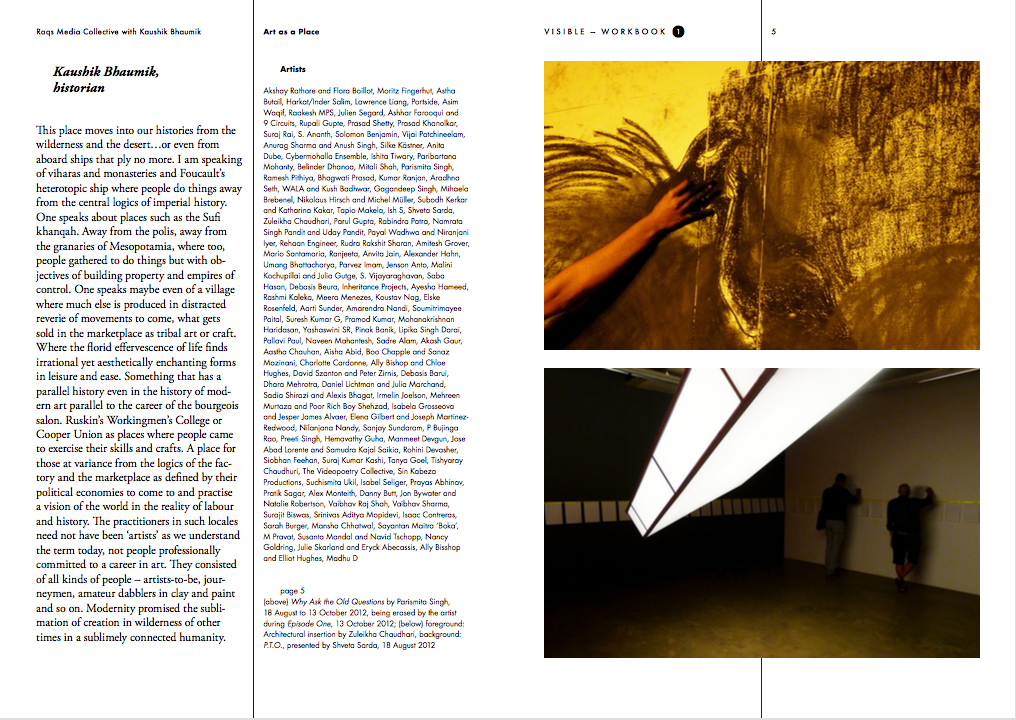 Raqs Media Collective (Monica Narula, Jeebesh Bagchi & Shuddhabrata Sengupta; pron. rux, founded 1992, in Delhi) follows its self-declared imperative of ‘kinetic contemplation’ to produce a trajectory that is restless in its forms and methods, yet concise with the infra procedures that it invents. The collective makes contemporary art, edits books, curates exhibitions, and stages situations. It has collaborated with architects, computer programmers, writers, curators, and theatre directors, and has made films. It co-founded Sarai—the inter-disciplinary and incubatory space at the Centre for the Study of Developing Societies, Delhi—in 2001, where it initiated processes that have left deep impact on contemporary culture in India.