How history feels like it is at your fingertips.

A curatorial statement on Ruangrupa

I visited Ruangrupa in Jakarta in April this year. I walked into a low-slung building hiding amongst foliage and was ushered into a craze of rooms full of various materials from past, present and future projects. The headquarters of Ruangrupa was like entering a brain that had many benign tumors, where boxes of the past sat stacked in someone else’s sense of order. I was told to go to the central cortex (my own interpretation) – the ‘lounge-room’ – where an old and well-loved set of couches and armchairs sat around a wooden coffee table, replete with the cigarette ash of a myriad previous artist drop-in. I found Ade sitting on this lounge, cross-legged with his laptop and smoking, a large grin on his face ‘Zoe! Finally! Please, sit’ and he yelled across the room at a young man ‘Tea!!!’. I was supposed to stay for only one hour. I ended up staying 6. I ended up staying so long because I was thoroughly fascinated by how much interdisciplinary knowledge sat on one site. Ade began to share the curatorial projects he was directing for the year; he showed me his new work (of which several pieces had just been collected by the private Akili Museum of Art) and then he begins to share a little about the context of Ruangrupa, going on to explain the historical issues that problematize the development of an Indonesian contemporary art. 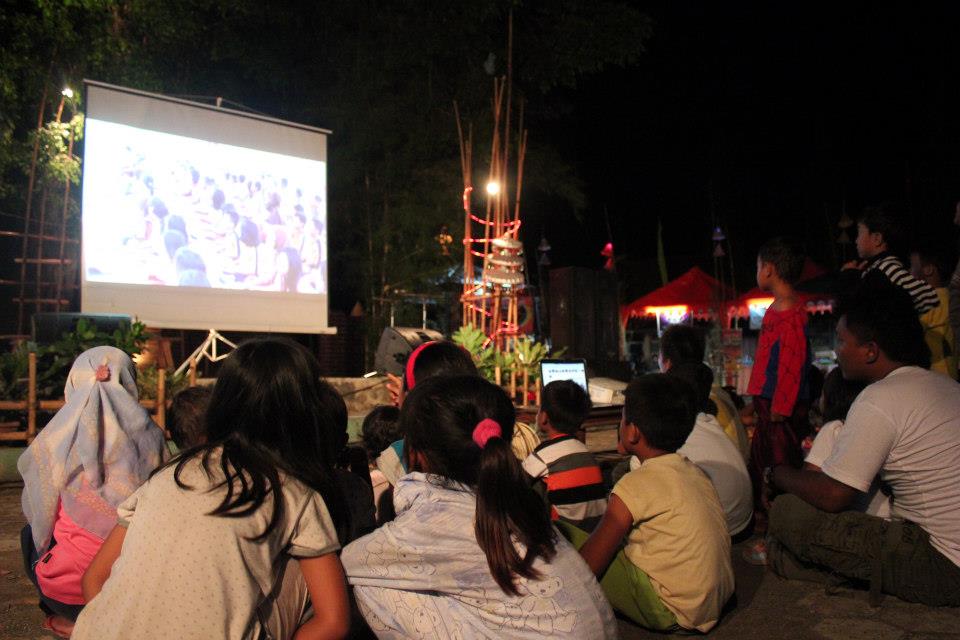 I was keen to hear how it compared to the development of contemporary art in Vietnam and broader Asia, keen to place it in time compared to what other social and political events were rocking at the time. Typically in such a conversation, your memory has trouble recollecting names and dates and particulars. I am accustomed to this recollection becoming an awkward ‘blank’ moment, where I have nothing to resort to except my own memory, but at Ruangrupa, each individual present and working on-site is a key to a treasure trove of historical and cultural fact. When Ade couldn’t remember something, he literally yelled out his question across the room, and like a computer searching Google, lo! an answer would be voiced. Inside Ruangrupa is a myriad of individuals of different background who are researching, writing, talking, brainstorming. Musicologists, anthropologists, visual artists, curators, librarians (yes they have a small printing house); architects, political scientists; historians, theatre designers… and much more. I spent an hour with Reza Afisina in his ‘office’ – the room was an artwork unto itself where a giant spiders web sat above his desktop PC. When I asked if it was real, he replied it had better be as the mosquitoes in here are a menace. What I loved about Ruangrupa is how history feels like it is at your fingertips, like it’s in ‘production’ and it feels alive. It’s not relegated to textbooks and bureaucratic paper procedures of permission (like it is in Vietnam), it is present and living in the room. The end of the 6 hours found a myriad of cultural expertise around the table, engaging the disparate topics of Maoism, the status of the ‘celebrity’ curator; the character of political repression and its impact on literature amongst so much more. Anyone can visit and work at Ruangrupa. If you want to be a part of Ruangrupa you just need to offer expertise and be willing to put in the labor. It’s a space that illustrates the interconnectedness of the 20th and 21st Century. It’s a space where history is socially activated. Though I am a fan of their actual projects, I am even more of a fan of the community they seek to engage, provoke and nurture. Such access to the rhizome of history is so incredibly rare in South East Asia.