Blank Noise is a collective art project, initiated by Jasmeen Patheja, to eradicate gender based and sexual violence in India. It began in 2003 when the artist brought together women at her university, Srishti School of Art, Design and Technology, to discuss how they felt within public space. Alarmed by the overwhelmingly negative associations, Patheja asked herself: What would be required in order for women to live free from fear?

Patheja began by addressing the issue of street harassment. She found through her research that both the law and public opinion tended towards victim-blaming, with conversations revolving around a woman’s modesty and behavior. This phase led to works such as the online Museum of Street Weapons of Defence and A Step by Step Guide to Unapologetic Walking. While the former highlights the absurd or even comic household items women carry to make themselves feel safer—chilli powder, hair pins, even an umbrella—the latter is a score meant to encourage women to make public space their own. 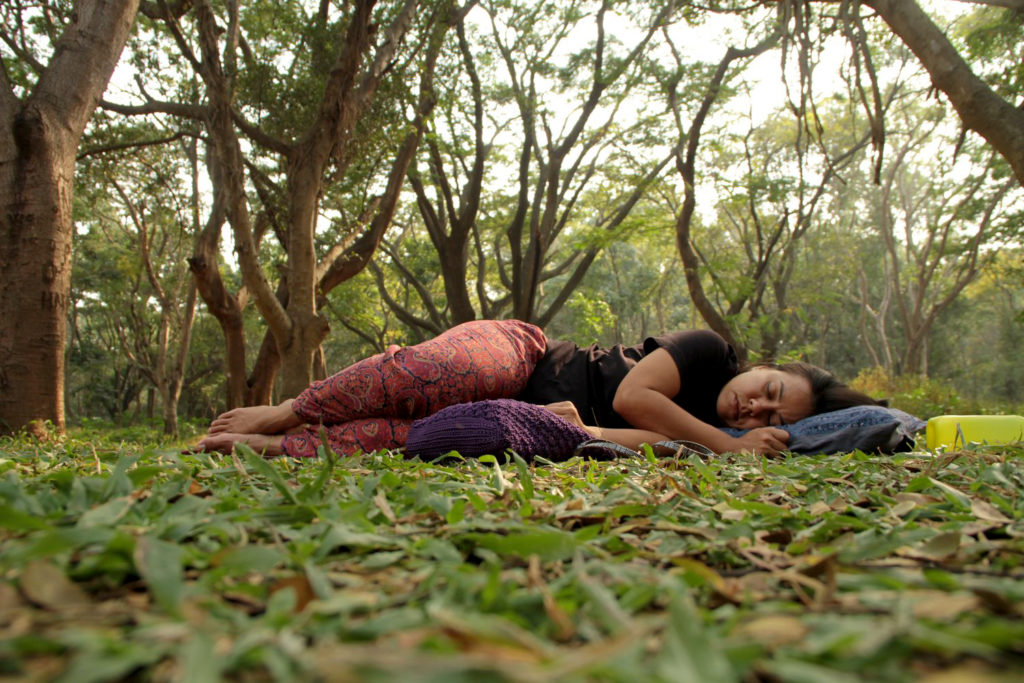 Viewing her role in the project as an artist-facilitator, Patheja believes that art is crucial to building a movement and replacing a culture of fear with one of trust. Part of her practice is stepping back and listening to the “silence, denial, rage, and potential bias” in relation to the treatment of women in the street and in the home. Within this time for reflection she thinks about medium, community, plurality, and tone. Emphasizing the body as both a site of trauma and empowerment, Patheja’s performances are accessible to all women and have been spread and re-enacted across urban and rural South Asia, and beyond.

Two such projects are Meet to Sleep and I Never Asked for It. Meet to Sleep is a performance, political action and an occupation by women and girls of public space for the most ordinary and vulnerable of human activities, sleeping. It has been enacted by approximately 1,500 women across 68 parks in urban and rural India and Pakistan. Meet to Sleep was inspired by Patheja’s own fears when she first tried to sleep in a park. After almost falling asleep she awoke in a cold sweat to a threat that wasn’t real, and realized that “there are more of us in fear of each other than there are those who actually harm.” Meet to Sleep articulates the link between women’s fears and how we limit our bodies and mobility. While the action, itself, imprints a collective memory that heals intergenerational trauma. 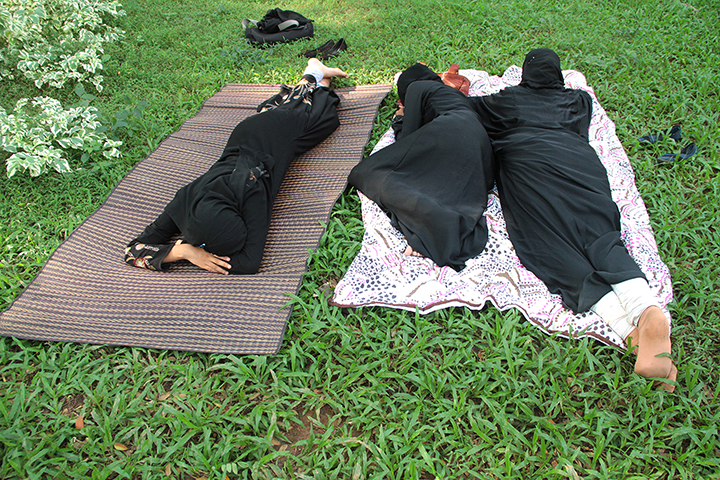 The project I Never Ask for It treats survivors’ garments as witnesses to their assaults, asking women to share their stories through the clothes they had been wearing. This artwork consists of a social media campaign, exhibitions of the garments, workshops, and street performances. In the street performances, Walks Towards Healing, members of the Blank Noise inform the public and invite passersby to add their testimonies and join the walk. Blank Noise is currently working towards gathering 10,000 garment-testimonies as part of the project I Never Ask for It, which Patheja plans to install around the India Gate in Delhi. Delhi is a significant location for this monument because of its size, political importance, and its history.

While Patheja’s existing artworks have already been very successful in shifting the national and international conversation around sexual violence, a grand gesture such as that at the India Gate would radically alter the position of women within that space. The sheer effort and time that it will take to install the work would give a platform to the issue, informing public consciousness and memory through those who build and witness it. And, most importantly, it will be a step to build women’s trust in our cities and ourselves by treating us as agents of our own destinies instead of dependents in need of a man’s or the state’s protection. 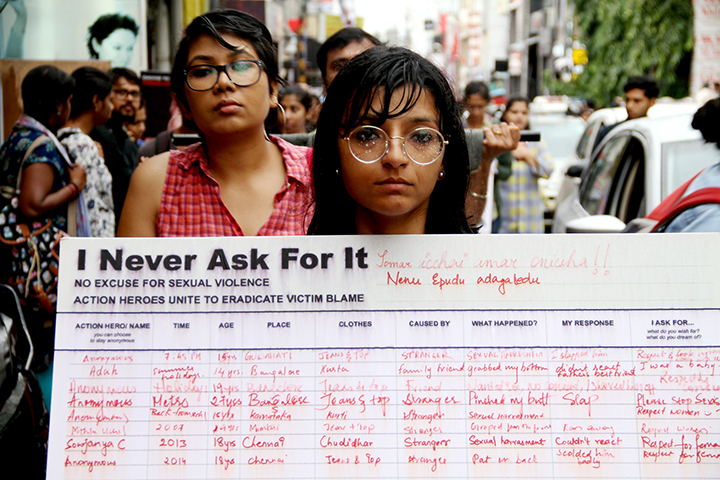 Blank Noise has functioned for the last 15 years as a sort of laboratory, with hundreds of members contributing to communal reflections that have inspired and helped refine Patheja’s scores. Winning the Visible Award will allow Blank Noise to develop the infrastructure to move on to large-scale public consciousness-raising: starting with the realization of the India Gate installation. India, and especially its megacities, is characterized by an excess of visual stimuli so much so that one needs to make a grand gesture to make an impact. Gathering garments from an immense network across the country, Blank Noise would set off a conversation in Delhi that would reverberate across India and the world.

Blank Noise forces us to ask ourselves: Where would I go if I could walk without fear? What would I see if I kept my head raised?

Pia Chakraverti-Würthwein lives and works in Berlin. At the core of her practice is a belief that art can be a means of building critical thinking and social engagement. To do that she develops programs that involve members of diverse communities as collaborators and experts, emphasizing the value of different types of knowledge. More information can be found on her website,