Nablus, Palestine. Getting there is not obvious.

Nablus, Palestine. Getting there is not obvious. We need to change several buses and pass a series of checkpoints.

Beatrice Catanzaro has done this route countless times over several years. Nablus has become home for her. Since here she has set up Bait al Karama, a far-reaching project, a multi-purpose center for women in the ancient heart of the city.

Bait al Karama wants to be first and foremost a place dedicated to local cuisine and a cooking school. It also offers services to the community and is a center of cultural activities, completely run by women and aimed at the development and training of women’s skills. Among the partners of the enterprise, together with the artist, a woman from Nablus, Fatima Kadumy.

Bait al Karama means House of Dignity and was coined by Kadumy.

In Nablus, in the Palestinian Territory, society is still based on the separation between genders. The project of an aggregation center run by local women gives tangible form to a request for representation and recognition, for liveability, rights, and opportunities that in a situation dominated by a conflict coming from ‘outside” threatens to be overshadowed. But Beatrice Catanzaro has immersed herself in the local context which she has experienced from the inside; the painfully tragic character of the place but also its complexity, contradictions, vitality. And she has established personal fraternal ties. 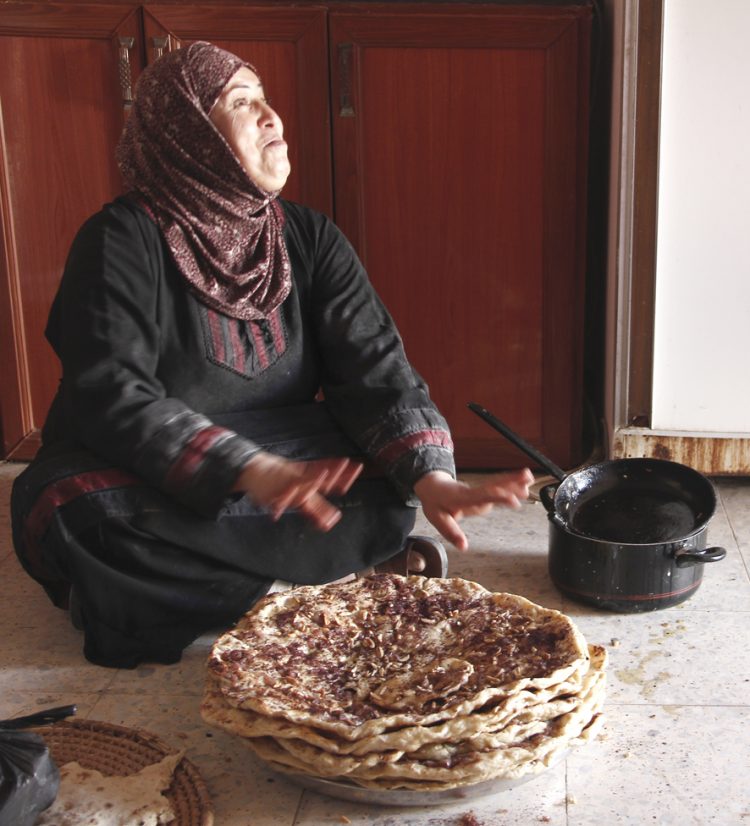 The project was born from openness, attention, willingness to listen, and observation of existing conditions and cultural dimensions. She noted needs, desires, and capabilities; recovered practices, lifestyles, and consumption patterns. Based on this knowledge, she has been working from the inside, to strengthen civic life. The project that spurred required a long process to root in the context, and is therefore inseparable from the place and situation for which it was born. In a city where freedom is killed by the occupation, she did not allow the exceptional nature of the project to take over. Instead, she insisted on when the individual connects to the community, trying to make possible the emergence of new forms of coexistence and socialization. The project included for its leaders’ several trips to Europe: opportunities that would be unthinkable outside of the project. Also, on this aspect of the project, there were many obstacles: the situation of the special status of the Occupied Territories is further complicated by being female travelers. Nothing could be taken for granted.

Catanzaro has been able to maintain the focus on the project while taking into account the fact that not only does it intersects the broader political issues, but constitutes a declination. The bet is that the initiative can continue independently. In a region where the tragic conflict pervades every aspect of daily life impoverishing and flattening it, talking about empowerment, active citizenship, and long-term undertaking is already in itself a gamble. Doing it means having shown great courage, vision, and generative energies.
Bait al Karama has the form of history lived directly; the complexity of a project that is not reducible to any model; the viability of a process that is still open to development; the strength of an archetypal intervention. The feelings that you have, in front of the immense work of Catanzaro, are that of a deep humanity and resilience; tenacity; choices taken lucidly with a great ability to catalyze energy; a belief in democracy, transformation, emancipation, and auto-determination.

Gabi Scardi is an acclaimed art curator, scholar, and critic.  She lives and works in Milano and Rome.  In Rome, she is the curator of MAXXI (Italy’s NationalMuseum of 21st Century Arts), and co-director of the European Course for Contemporary Art Curators (CECAC), together with Roberto Pinto.
Scardi teaches Contemporary Art and Public Art at several institutions, including Cattolica University, Domus Academy and Trento School of Management. She is also a correspondent for the Sunday cultural supplement of the Il Sole 24 ore newspaper and for various local and international art publications and has initiated various conferences on contemporary art.
Her credo and her broad cultural activities are based on the idea that art is not simply about pleasure.  She believes art has a central role in the development of any urban or national culture, in the formulation of values, and in the way these values are transmitted to the public.  This is why she seeks to promote interaction between cultural institutions and the community, and stresses the importance of non-profit art organizations and museums.