On Otobong Nkanga’s Carved to Flow

A text on the 2019 Visible Award shortlisted project 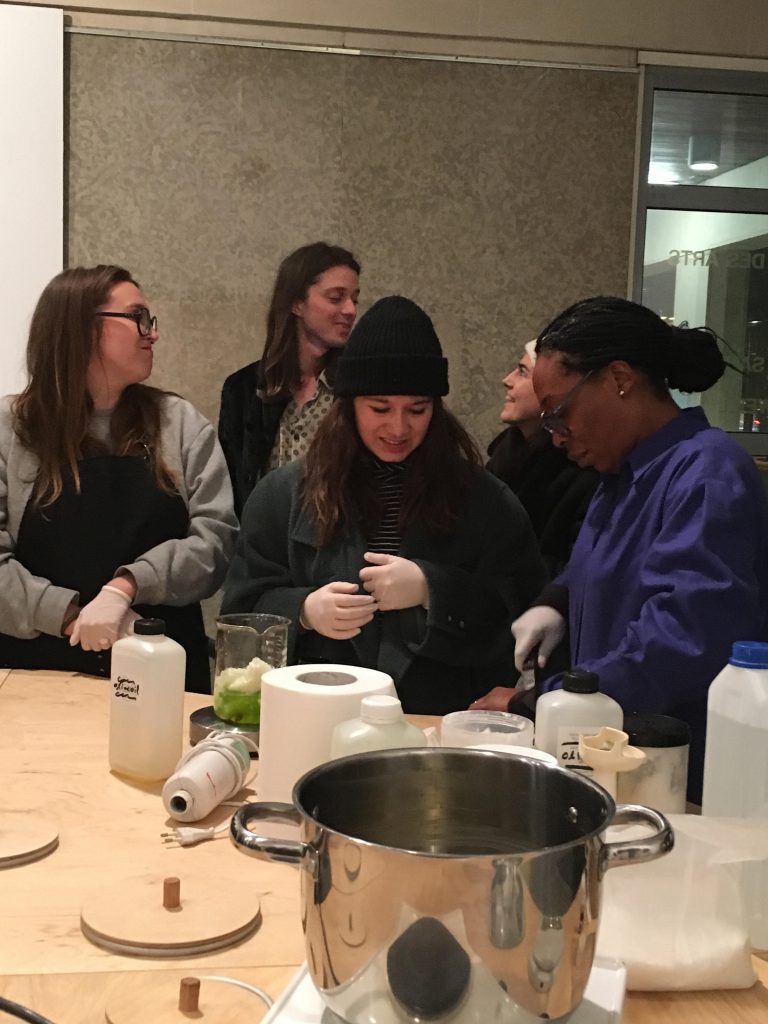 One of the ten shortlisted projects for the socially proactive Visible Award is Otobong Nkanga’s Carved to Flow. The entire concept of the work centres around the humble, but indispensable soap. Here soap becomes both a sculptural piece—carved and designed and produced in a laboratory in Athens, Greece—and also a metaphor for movement and cleansing and change. Nkanga describes the project as a ‘circle arching out and back. . . . In Athens it is a laboratory where oils, butters and lye from all around the Mediterranean, Middle East, North and West Africa meet to create soap. In Kassel it is storage and distribution… through carrier hands to generate that which will circle back to somewhere else, to take new form’.

Production, distribution, and germination—art in the marketplace. Art as social engagement. Carved to Flow is at heart a critique of the sanitized, rose-tinted narrative around production and consumption fed to us daily by corporations and their PR machines. It turns our gaze away from air-conditioned malls and their display windows and cash registers and brings the distributor—Nkanga calls them ‘carriers’, a loaded term implying both burden and responsibility—and the consumer face-to-face, hand touching hand as exchange is made. Exchange becomes a communal act, an acknowledgement of how we all are part of the story of extraction and production, and how we all can be part of the cleansing of polluted spaces and the reconstruction of exploited communities. Most importantly, it turns our gaze towards the source of the raw material for production. What, it asks, is the fate of those communities where raw materials are extracted?

Once we begin to think that way, there is no going back. Think of women working in sweatshops in India and China. We all have these images that we have pushed to the back of our minds—we have become willing collaborators to the deceit fed to us by professional spin machines. A few years back I was in the Caribbean island of Curaçao on a school visit with a few other writers. I was in a classroom when suddenly there was this hellish smell that pervaded the whole school and later I was told that the smell came from a nearby lake in which Shell had dumped about two million tonnes of toxic material (asbestos, heavy metals, etc.). They told me that every year about eighteen people died from the effects of the pollution and often, when the wind blew, the students had to vacate the schoolyard and people living downwind of the lake had to leave their homes because of the toxic emissions of sulphur dioxide and particulate matter. This was of course in the poorest area of town. The image of the young students evacuating their classrooms just because some corporation placed profit over the health of a whole community has always haunted me.

Once we begin to ask questions, there is no going back. Questions flow into questions, reminiscent of the way lather flows on the body. When we ask: how do raw materials travel, it is a natural jump from there to: what is travel? What does it mean to travel? Why do some people travel first class while others die trying to cross the Mediterranean in flimsy boats? 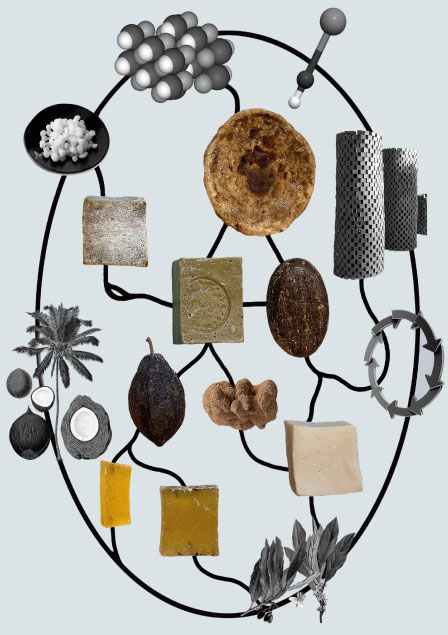 The third phase of Carved to Flow is the Germination phase. A sort of reseeding back into the communities from where raw materials were taken in the first place. This is perhaps the most ambitious of the three phases. Using money raised in the Warehouse and Distribution phase, Nkanga and her collaborators have bought land in Uyo community in Nigeria where they hope to work with women whose lives have been affected by the activities of oil companies and other extractive industries. Uyo community is contiguous with the Niger Delta—the oil rich region which was once described as the ‘lungs’ of Africa because of its abundance of clean rivers and extensive wetlands. These lungs have long since been choked by oil spills, waste dumping and gas flaring. As fishing and farming decline, clashes have erupted over land and other diminishing resources, which then forces the members of the community to flee, seeking hope in other places far away from home. However, Carved to Flow centres will not be restricted to the Niger Delta alone; there will also be art spaces in Europe where artists will work and brainstorm to create ideas and artefacts that will continue to feed into the project in an endless loop of extraction, education and production.

Most artists are uncomfortable when they have to engage with social issues, but it is always refreshing when they do. Who is better qualified than the artist to ask the most important questions of our day, to demystify the mysteries woven over our senses by politicians and corporations? In times like this, the artist must become the soap we need to wash away the blind spot from our eyes.

Helon Habila is the author of the novels, Waiting for an Angel, Measuring Time, Oil on Water, and Travelers and a nonfiction book, The Chibok Girls. His writing has won numerous awards including the Caine Prize, the Commonwealth Short Story Prize, and the Windham-Campbell Prize. He is professor of creative writing at George Mason University and lives in Virginia with his wife and three children.