Dealing with rural contexts and raw materials and the massive exploitation of territories and people, the project develops itself in three different phases: Production, Distribution and Germination. It consists of performance, workshops, enterprise and charitable work.

The protagonist of the project is the soap. An object that is part of our daily life, and yet, it has the power to make us wonder: where does it come from? how and by whom is it produced? In the hands of the artist the soap it’s at the same time an art work, a sculpture, a connector and a product. It embodies the alternative economy that Carved to Flow pursues: an economy of knowledge, materials, relationships and places. 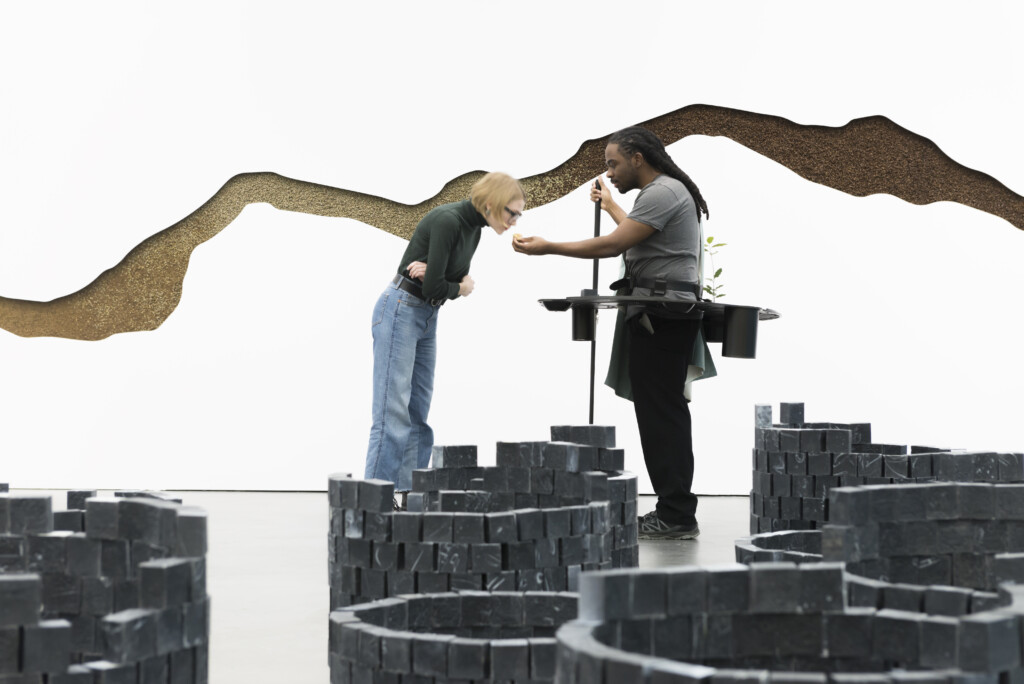 Through a cycle that goes from north to south, from Kassel to Athens and returns to the native land of the artist, Akwa Ibom, in southern Nigeria, the soap becomes the body of the struggle.

Seven oils and butter from across the Mediterranean, Middle East, North and West Africa are fused in it with charcoal.

The soap carries within itself the knowledge and the resources of these places and their problems: intensive exploitation of resources, ecological changes and forced migration.

During the first two phases of Production and Distribution, Otobong Nkanga and her collaborators planted the seeds for the Germination phase, creating the right conditions for a support structure embedded in the social sphere. 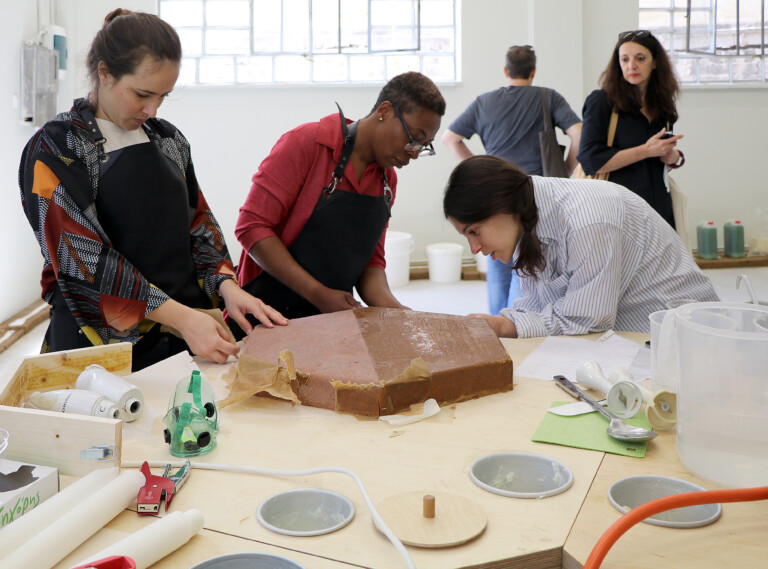 Carved to Flow is a support structure because it generates its own funds.

The project is not entering the art market, but it works within the art system as an economy of knowledge.

So far, Carved to Flow has been hosted by various institutions such as: Moderna Museet in Stockholm, MCA in Chicago and the Gropius Bau in Berlin, where the project is currently serving as a platform for research, public programs and workshops.

Eventually, at the Raw Material Company, in Dakar Carved to Flow has been a three month residency focused on ecology, architecture and sustainability also in collaboration with the students.

In the light of this, we can imagine Carved to Flow as a plant whose roots are based on creating an alternative economy and involving people who can benefit from it.

The project allowed the Carved to Flow Foundation to purchase two pieces of land in Uyo, Akwa Ibom, in South Nigeria – one for workshop and planting and one space for living – are offering new scenarios in response to migrant workers and climate change-induced displacements in Akwa Ibom, that is the highest oil and gas-producing state in the country. 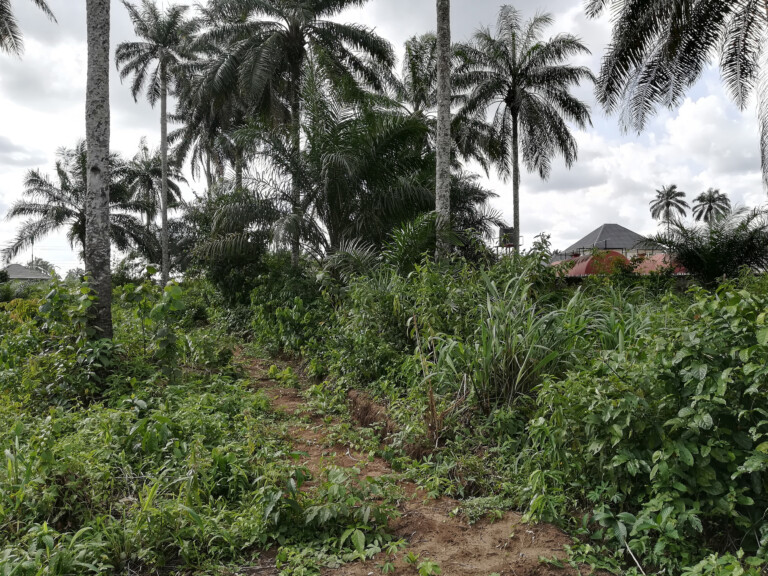 The notion of sustainability in Akwa Ibom refers to the possibility of making products, healing, nourishing. For instance, the red soap prototype – made of Nigerian clay and oils – is a way in which one could talk about skin disorders with the young women affected by these problems in West Africa, due to the use of chemicals. Nutrition can be improved by using the local plants for medicinal purposes as well as for edible consumption. Talking to Otobong, she is actively engaged at the moment in archiving and transmitting the local knowledge.

Additionally, Carved to Flow continues as a long-term project in Athens,where it started in 2017 within the program of Documenta 14. Through the soap production laboratory, the project mapped and involved several producers affected by the crisis, who are cultivating in a responsible way and claiming economical justice. The lab aimed at bringing together all the different natural elements and at giving them a social life.

In order to enhance the connection between people and geographies, Akwa Ibom is now not only the name of the region in Nigeria, but also the name of a new art space that opened in Athens in December 2019.

Maya Tounta, the curator of Carved to Flow in Athens, has highlighted the need of such a space, since the crisis-hit context lacks public funding for culture. This leads to a scarcity of medium-sized art spaces that can run an independent program, which is the goal itself of Akwa Ibom.

In the event that the project wins The Visible Award, the money will support the renovation of the building and the opening of the space, which are, at the moment, the most crucial parts. Athens is the other side of Uyo, that counterpart that allows to design an alternative to the flows of people and materials forced to move between Europe and Africa, changing that exploitation contract.

And concluding, why should we protect and support Carved to Flow?

The strength of this project lies in the creation of horizontal, rhizomatic spaces, both in the artworld and in the rural and economic system. These spaces, set in two fragile areas like Akwa Ibom and Athens, welcome people affected by the effects of our capitalist society.

As in a circle, following the soap’s own paths, the project flows back into the earth.

Sara Alberani is an art historian, art curator, activist, she lives in Rome. She works on several community – based art projects, conceiving Rome as a field of research on environment, living, migration, through the places and their stratification, for a decolonization of knowledge, a renegotiation of the norms of aesthetic autonomy, and the active participation of the inhabitants. This “coming community” often eat and dialogue in a collective studio which is also an archive, a public library, a place of residences for refugees and artists.