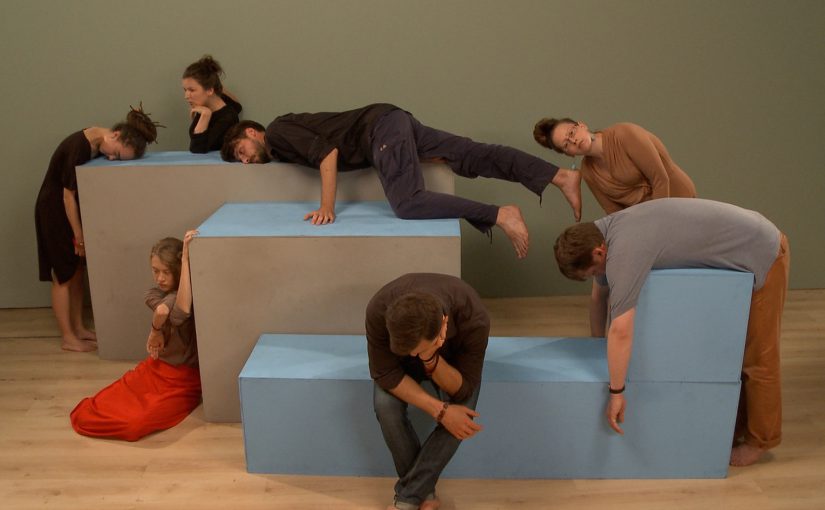 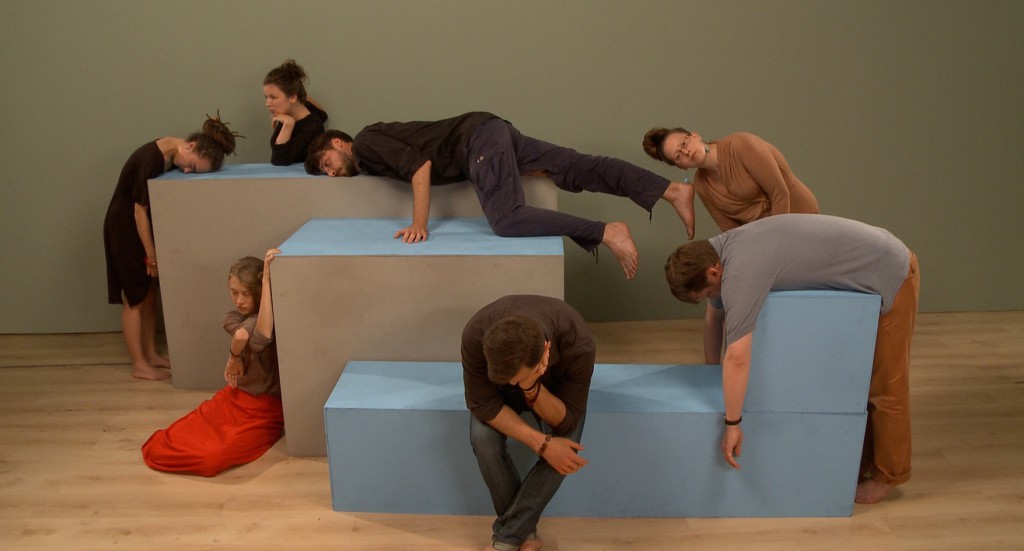 Visible. Office and Project space is pleased to welcome you to the last talk of the program On Pedagogy, dedicated to new pedagogical models initiated by contemporary artists. On this occasion we will host Dimitry Vilensky from the Russian collective Chto Delat?/What is to be done? and Pascal Gielen, director of the research center Arts in Society at the Groningen University. Moreover we will have a series of Skype contributions by Alessandro Petti, Dont Rhine and Nora Sternfeld.

The event will start with the Belgian premiere of the new film by Chto Delat? titled “The Excluded. In A Moment of Danger” realised together with the graduates of the School of Engaged Art.

Dmitry Vilensky will be presenting The School of Engaged Art (a project by Chto Delat? and with the support of Rosa Luxemburg Foundation), initiated in 2013 in St. Petersburg in response to the contemporary Russian context and to a set of current questions around the role of art education within such scenario: How does one become an artist? Why should one become an artist? What is art today and what role does it play in society? What do we want from an art school?

The collective affirms that the distinguishing characteristic of the school is its open declaration of fidelity to the leftist tradition of modernist and avant-garde art and the simultaneous rejection of a dogmatic approach to politics. The program wants to experiment with collective egalitarian and emancipatory practices, which are still alive despite all the traps of the oppressive political situation, while demonstrating a viable alternative to the private interests of oligarchs and corporations and to the senseless machine of mass entertainment: art, like authentic politics, is a common task. The ten-year activity of Chto Delat and the position of the Rosa Luxemburg Foundation have always been based on these assumptions. Chto Delat? declares: “A central component of our school is the idea of collective practice. We want to develop a range of models for collective art production while of course continuing to discuss personal projects. We are convinced that a community of learners emerging in this way will have no place for neutral, unengaged abstractions. And this is why we have called our project the School for Engaged Art. Such a school requires all participants to take a position in this world, where fundamental battle lines are drawn by developing a particular ideological/aesthetic movement.”

Pascal Gielen is director of the research center Arts in Society at the Groningen University where he is associate Professor of sociology of art. He leads also the research group and book series “Arts in Society” (Fontys School for Fine and Performing Arts, Tilburg). Gielen has written several books on contemporary art, cultural heritage and cultural politics. Among his books are: “Being an Artist in Post-Fordist Times” (eds. Gielen & De Bruyne, 2009), “The Murmuring of the Artistic Multitude. Global Art, Memory and Post-Fordism” (Gielen, 2009). “Community Art. The Politics of Trespassing (eds. De Bruyne & Gielen, 2011); “Teaching Art in the Neoliberal Realm. Realism versus Cynicism” (eds. Gielen & De Bruyne, 2012); “Creativity and other Fundamentalisms” (Gielen, 2013), “Institutional Attitudes: Instituting Art in a Flat World” (ed. Gielen, 2013). With him we will try to discuss the phenomenon of the ever-growing number of schools initiated by artists within the current neoliberal understanding of education as an expanding business.

The Visible program is closing the #OnPedagogy part on the 9th of January and will start #OnGender on the 12th of March with the opening of “Giuseppe Campuzano. Museo Travesti del Peru”, curated by Miguel Lopez. Check the website www.visibleproject.org for more information.