Visible collaborations on “Commonism” book and The Swamp Pavilion in Venice 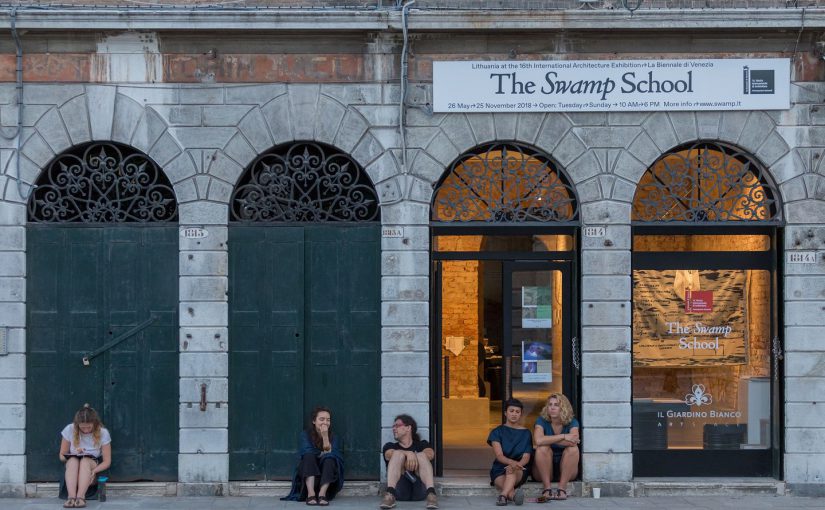 Visible’s Matteo Lucchetti and Judith Wielander hosted a Visible presentation and workshop around the format of the jury as a temporary parliament for the Swamp Pavilion, invited by Nico Dockx and Pascal Gielen in the context of the “Commonism” session, third and last of the program.

Curated by artists Nomeda and Gediminas Urbonas and commissioned by Pippo Ciorra, the Swamp School highlights the vital urgency of human cohabitation with other forms of life. Reproducing the hybrid and inclusive environment of wetlands, the Lithuanian Pavilion functions as a learning lab and an ever-changing and open-ended platform for experimentation and research on the future of living. The Swamp School program was inaugurated by the Swamp Radio workshop (May 23–27, 2018), which was focused on transmitting, and followed by the Futurity Island workshop (June 25–30, 2018) on symbio-poetics and new forms of living. 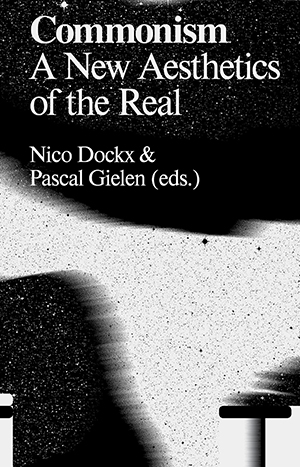 During the week the book “Commonism. A New Aesthetics of the Real” was presented in the pavilion by the editors Pascal Gielen and Nico Dockx, and with a special presentation by Toni Negri. In the book appears the essay “Indigenous, Not Homogenous. An Interview with Elizabeth A. Povinelli” by Matteo Lucchetti and Judith Wielander (Visible).

“After half a century of neoliberalism, the contours of a new, radical, practice-oriented ideology become visible: commonism, with an o in the middle. ‘Commonists’ assume that social relationships can replace money-based (contract) relationships. They advocate solidarity and they believe that peer-to-peer relationships will generate new production methods and new production relationships. Commonism maps this new ideological idea. How do the commons work, and what is their aesthetic? How does commonism shape the reality of our society? Is another, more just future possible via the commons? Which strategies and which aesthetics do supporters of commonism apply? This book investigates this new political belief system on the basis of theoretical analysis, wild artistic speculation, inspiring examples from the arts, near-empirical observations and critical reflection.”

The book can be ordered here.